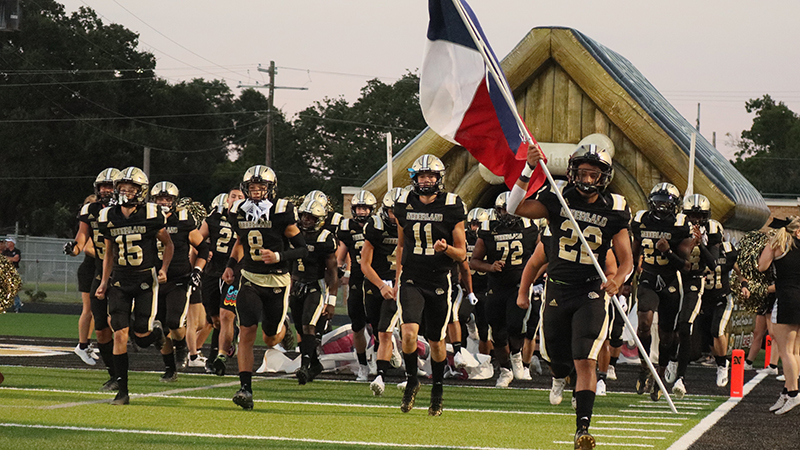 NEDERLAND — For the Nederland Bulldogs, the Bum Phillips Bowl walks a line between just another game and one of the biggest games of the season.

Two years ago, the game against Port Neches-Groves was moved from the final game of the season to the first district game. Regardless of the outcome, both teams have an entire district slate ahead of them after Friday.

The Bulldogs are 3-0 heading into the District 12-5A Division II opener against the Indians (2-1).

“It is a rivalry game and we want our kids to take part in everything leading up to the game,” Nederland Head Coach Monte Barrow said. “We just want their focus to be on between 7:30 and about 10 Friday night. After that, we deal with what the scoreboard says at the end of the game.”

“This week feels different because they are our rival,” he said. “We want to come out with a win. We have a lot of expectations for ourselves. I haven’t won since I got here. This year is the most important since it is my last one.”

Barrow said his players have been locked in following a bye week.

“There intensity level and attention to detail was noticeably different this week,” Barrow said. “You end up crossing your messages sometimes if you tell them that this is just another game. We all know it is not. In the district race, it only counts as one game. Last year, good things happened for us after that game even though we lost that game. It would’ve just been sweeter for all of those things to have happened and we won that game.”

Barrow, who has coached in the game for many years, feels like it is just another game, but added he has to manage his players’ emotions differently.

“When you go out for warm ups, Cherokee is playing when they get a first down. Our student section is going crazy and powder is flying everywhere on our first downs,” Barrow said. “Our band is going to fire up on a touchdown and the crowd is going to be louder than it normally is; same thing on the other side. It is a lot of peaks and valleys and that is what we try to coach. Especially the players that haven’t been in this game, you have to not get to high when something great happens and not get too low when something bad happens. You have to keep a steady course for four quarters. After the game, hopefully you can celebrate all you want.”

Fuselier said his advice for his younger teammates is to stay focused.

“I just let them know that we have each other’s backs,” he said. “If someone messes up, we will pick each other up. Just keep your head up. If something goes right, we just have to stay level headed.”

Last season, the Bulldogs lost to PNG in the final seconds of the game. Nederland went on to make a deep playoff run with the loss to the Indians as their lone district defeat.