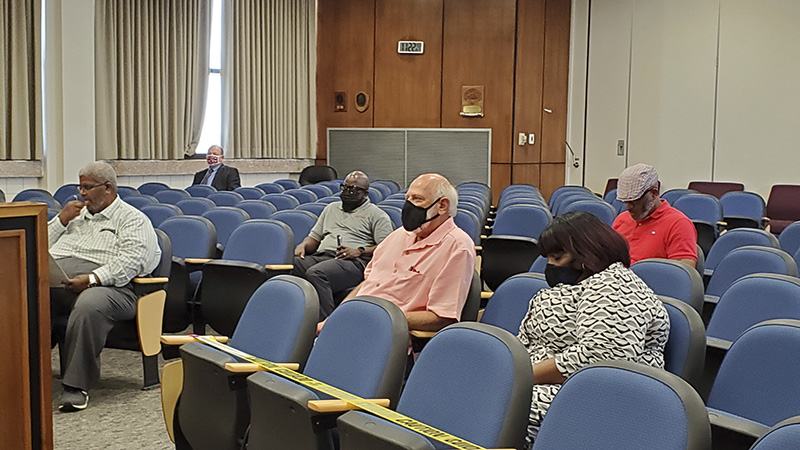 George Davis will now lead PAEDC beginning Oct. 1. The decision was made during a joint meeting between the PAEDC board and Port Arthur City Council with council giving final approval.

PAEDC board president Darrell Anderson said the organization agrees to reimburse the city for the hours Davis is employed as director.

He then went on to retract previous action made during the PAEDC’s Sept. 13 meting that named outgoing CEO Floyd Batiste as a consultant.

“There’s an agreement upon we put in place with Mr. Batiste contingent on finalizing verbiage with myself and our attorney and we will no longer honor that motion,” Anderson said.

Batiste, whose last day of employment is Sept. 30, was to serve as a consultant to the PAEDC for 15 hours per week.

Anderson did not elaborate on why this decision was made during the meeting.

The Port Arthur City Council and PAEDC board met in the joint meeting at City Hall Tuesday morning then recessed to an executive session held at the near-by City of Port Arthur Development Services Center.

Almost an hour-and-a-half later the two groups returned to City Hall and reconvened the meeting.

Batiste was not included in the executive session but was told of the action taken.

He said he heard Davis had been appointed to serve as interim and the offer for him to serve as consultant was revoked.

“I appreciate the people of this community allowing me to serve the time I served and I would like to say thank you,” Batiste said.

The PAEDC has been in turmoil in the past months as Batiste tendered his resignation after 17 years, which was followed by the resignation of board member John Chirafis. The board’s legal counsel resigned as well followed by two other board members, Roosevelt Petry and Dallas Smith.

New board members were appointed by council including Kaprina Frank and Jerry LaBove who have both served previously, and newcomer Beverly Raymond. The new legal counsel is Frank Garza of the San Antonio-based law firm Davidson, Troilo, Ream & Garza.