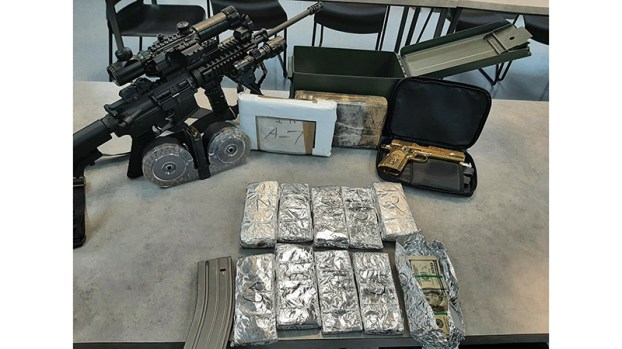 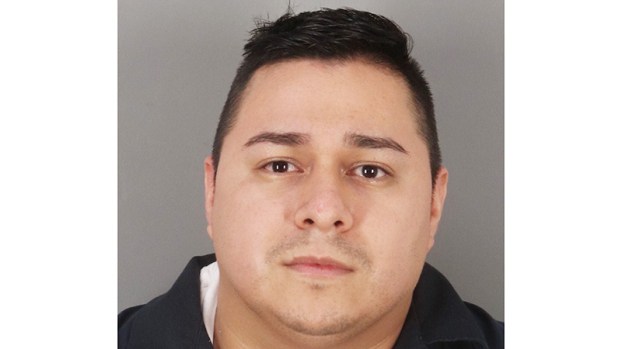 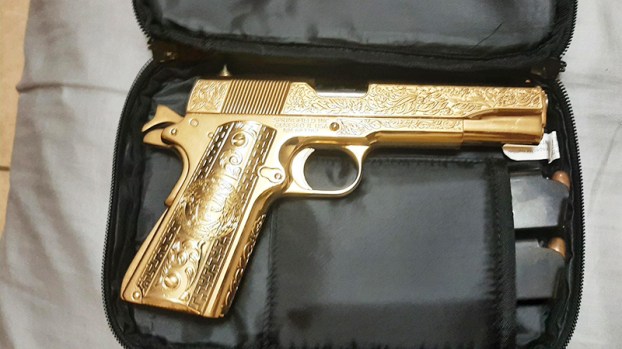 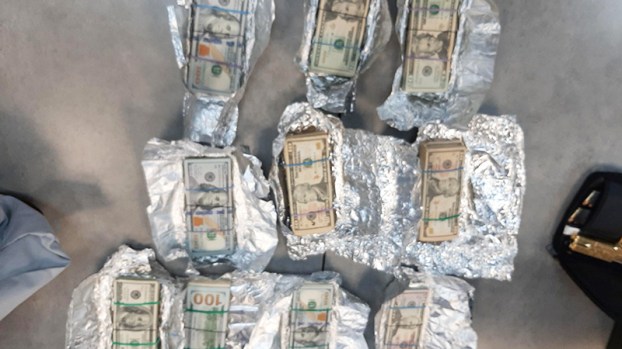 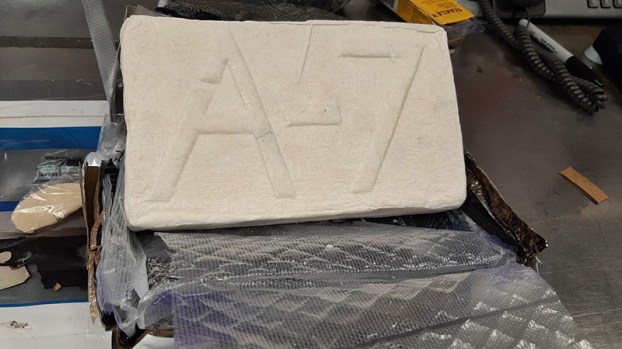 An A-7 logo is seen on the seized drugs.

On Thursday at approximately 9:18 a.m., a Port Arthur Police Department officer conducted a traffic stop in the 2000 block of Woodworth Boulevard in reference to a vehicle speeding.

The officer received verbal consent to search his vehicle, and a plastic wrapped bundle containing 2.2 lbs. (1 kilo) of a solid white powdery substance believed to be cocaine was located inside the vehicle.

A follow-up investigation, according to police, led to a search of two residences.

The first residence, located in Port Arthur, resulted in the seizure of approximately $44,000 in cash, a rifle and another plastic wrapped bundle of a solid white powdery substance, suspected to be cocaine.

At the second residence, located in Bridge City, a gold-plated pistol was taken and logged into evidence, Guedry said.

The substances seized during the traffic stop and during the search of the Port Arthur residence tested positive for cocaine and weighed a total approximate weight of 4.4lbs (2 kilos).

The suspect, identified as 29-year-old Humberto Anteverde of Bridge City, was arrested for manufacture/delivery of a controlled substance and transported to Jefferson County Correction Facility.