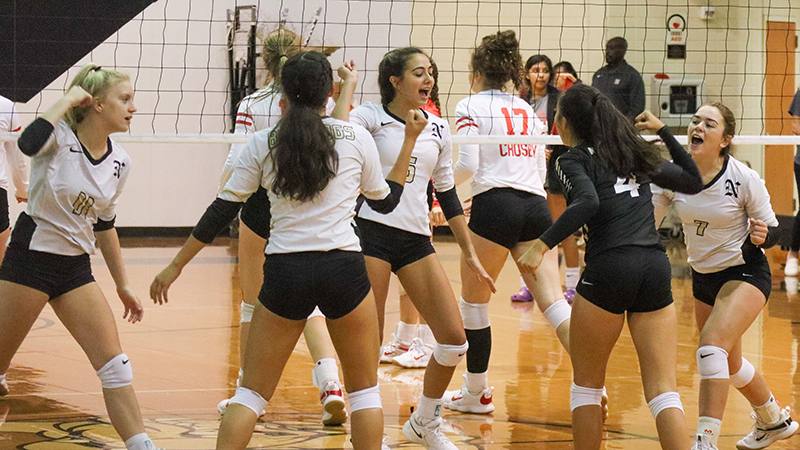 NEDERLAND — The Nederland High School volleyball team capped off a 3-0 win over Crosby with a comeback in the third set at the Dog Dome Friday.

With no football game this week, Nederland Head Volleyball Coach Allie Crommett thanked the crowd for providing a lively atmosphere.

The first set remained close between the two teams as Nederland came out on top 25-22. The Bulldogs cruised in the second set with a 25-17 win. 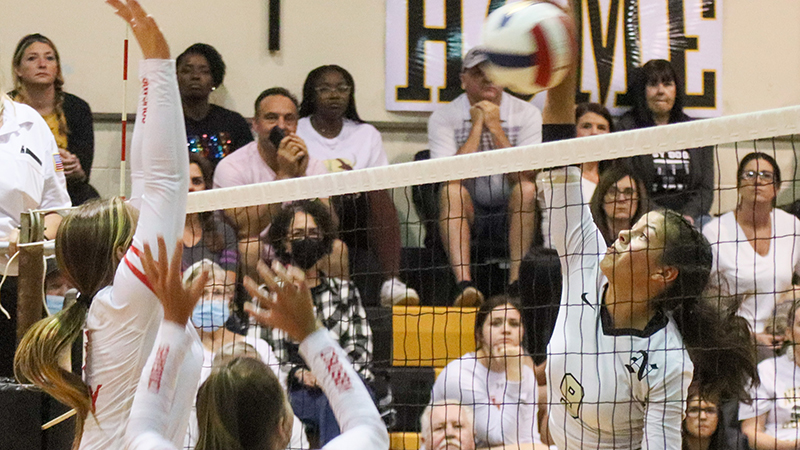 Things did not look good for the black and gold in the third set. Crommett said her team came out flat and ended up down 9-2. The head coach called a timeout to help correct some of the mental errors.

“I feel like there is always a little lull,” she said. “We are either starting the first set flat, or we get up 2-0 and think we can breathe a little. We are tying to get out of that habit. We can breathe a lot with a lot of teams. We have a no-plays-off mentality that we are pushing right now.”

“We were forcing everything and trying to do too much,” Crommett said. “I told them that if we slow the ball down on our side, we will be good. We just needed to reset.”

Crommett said her team is undersized and has to play with precision against teams with tall players like Crosby.

“We knew who there go-to hitters were and knew their tendencies,” Crommett said. “When we were practicing, we just tried to simulate that as much as we could. We knew we had to be better with our shot selection. We have to be smarter than a lot of people. We don’t really give up on a lot of plays, which helps a ton.”

The Bulldogs won two games in two nights having played Beaumont United on Thursday after the game was delayed due to the potential threat of Hurricane Nicholas. Nederland defeated United 3-0.

“We were very low energy against United,” Crommett said. “It concerned me a little, because you always hate coming into a high-intensity game with low energy. I knew Crosby would be high-intensity. I was a little nervous, but I knew us being at home, not having football and having our football guys here really fed us some energy that we hadn’t had in a while. I really feel like that helped us.”