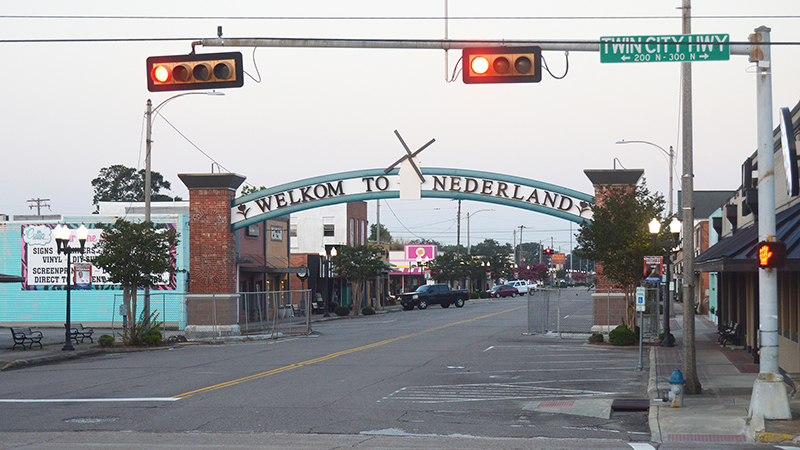 NEDERLAND — City officials say there are so many people who want to bring businesses to Nederland that the Economic Development Corporation is having a hard time finding space.

“There are some shopping centers with available spaces on the highway,” Executive Director Kay DeCuir said. “If you need that 50,000 car volume a day, you want to be on Nederland Avenue or Highway 365. If you want more of a walking area, then you want to be more in the downtown area.”

According to DeCuir, the downtown space along Boston Avenue is near full occupancy.

“There is paper in the windows of a few businesses right now, but those businesses should all be open this week moving forward,” she said. “We have one available space and we have nothing to do with it, so I am not sure what will go in there.”

To match demand and fulfill its five-year downtown redevelopment and revitalization plan, DeCuir said EDC leaders are working to create a walking path shopping district similar to what is available in Fredericksburg, Wimberley or Spring.

The redevelopment includes acquiring or building structures similar to what is already available on Boston Avenue, along with similar sidewalks and streetlights.

The Nederaland City Council seems on board, as councilmembers gave final approval Thursday to a $400,000 plan for continued redevelopment.

This week was the second of two approval votes needed by the Nederland Economic Development Corporation to pursue purchasing homes at 1131 Atlanta Avenue, 1125 Atlanta Avenue and 1119 Atlanta Avenue, as well as Irene’s Lounge at 147 North Twin City Highway.

City Manager Chris Duque told council members the purchases, which are a block south of Boston Avenue, are part of the EDC’s town square project.

He said DeCuir detailed EDC plans to the Council, saying the intent is to demolish these structures or sell and relocate the existing homes.

The City Council seemed satisfied with the plan as there were no questions raised to DeCuir on Thursday or discussion had before the final approval vote.

“We would like to get it, redevelop it and put something in there that is more feasible and profitable for the city,” he said.

DeCuir said those who visit Kemah might walk blocks and blocks because of the many shopping options. She calls it a “true destination, and that is what we want this to be. You don’t just walk down one street, you might walk around the corner and go down another block. That is what we’re looking at.

“We’re also looking at some future development on Boston Avenue but we’re waiting for all of that to be blessed before we can announce that,” DeCuir said Friday. “It’s all about revitalization, making it a great place and friendly for families.”