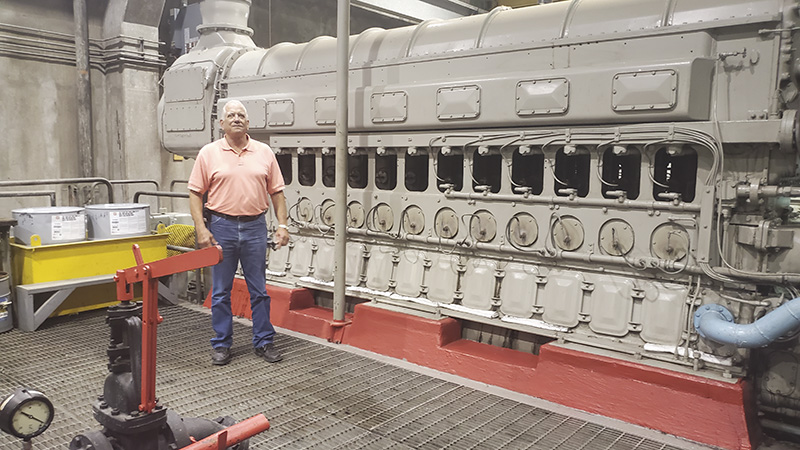 Jefferson County Drainage District 7 General Manager Phil Kelley stands next to one of the engines that run a pump at the Alligator Bayou pump station. (Mary Meaux/The News)

Inside the pump station at Alligator Bayou sits mammoth pieces of machinery capable of handling millions of gallons of water per minute.

Long before Hurricane Nicholas approached the Texas coast earlier this week, employees with the Jefferson County Drainage District 7 were prepared.

General Manager Phil Kelley said they have a standard routine for rainstorms and have a special schedule ready prior to the beginning of hurricane season, with the workforce is split in half working two 12-hour shifts.

On a recent tour of the facility, Allen Sims, district engineer, explained one of the pumps in the original station and two in the new station were pumping.

Sims and Kelley spoke of the constant measurements taken and how they lowered the level of water throughout the canal system in anticipation of the storm. Even now, days later, they are seeing water from the storm coming down the canals. 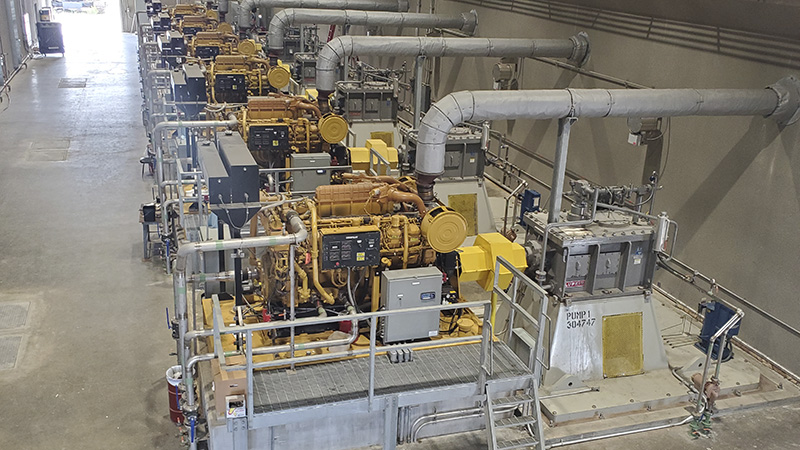 A view inside the new Alligator Bayou pump station, which works in conjunction with the old facility. (Mary Meaux/The News)

Some in the public were critical of DD7 when, in 2017, Hurricane Harvey devastated the area.

Social media posts blamed the drainage district for running out of fuel at the Crane Bayou pump station, which covers a large area of Groves, saying it caused them and the city to flood.

“I can tell you prior to Harvey we had topped off fuel,” Kelley said. “We topped everything off Monday to the tune of about 60,000 gallons of diesel fuel at 20 pump stations.”

There was a fuel supply vendor with fuel on Texas 73, but the water was so high he couldn’t get his trucks out and couldn’t get to the pump station. The pump stations are designed for a three-day supply of fuel so by the Wednesday, we began running low on fuel but the actual flood occurred Tuesday night. The lack of fuel delayed the amount of time it took to remove the floodwaters so citizens could return to their homes and begin clean up.

“But, overall, the problem wasn’t fuel. We were experiencing a 1,000-year flood,” Kelley said.

He compared the rainfall to pouring water in a funnel. If you pour too much too fast it will run over.

“We pump to the ship channel,” he said. “There was so much water. What we tried to explain is that our system worked to our design level, which is a 25-year-flood frequency. This was well in excess of that. Since Harvey, we now have emergency fuel contractors that place fuel trucks at essential pump stations.” 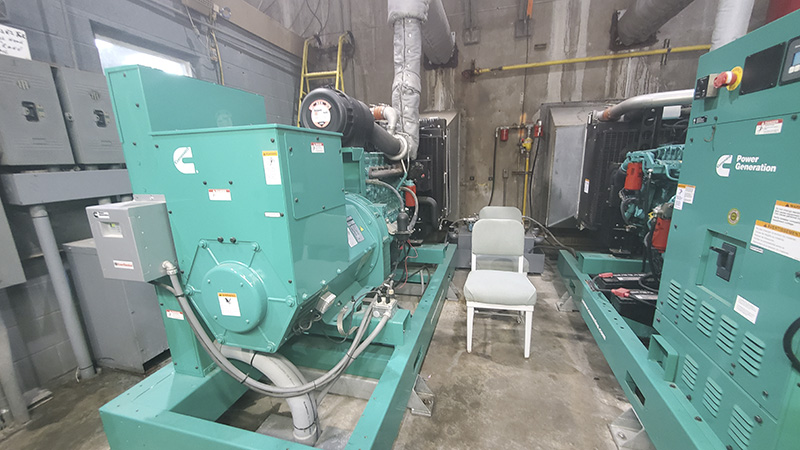 While shifts and employees can be shuffled around, a lot depends on the intensity of the storm. Plus not all employees are manning the pump stations across the district. Some are responding to public concerns such as issues with ditches.

The intensity of the storm and predicted surge dictates whether the entire levee system is secured and all closure structures, including the floodgate on FM 365, are closed. With Nicholas there was no need to close the gates.

DD7 is one of three drainage districts in the county. It covers an area of 107.42 square miles and encompasses Port Arthur, Groves, Nederland and Port Neches and unincorporated areas of Jefferson County, according to information from DD7. There are 20 pump stations in the district.