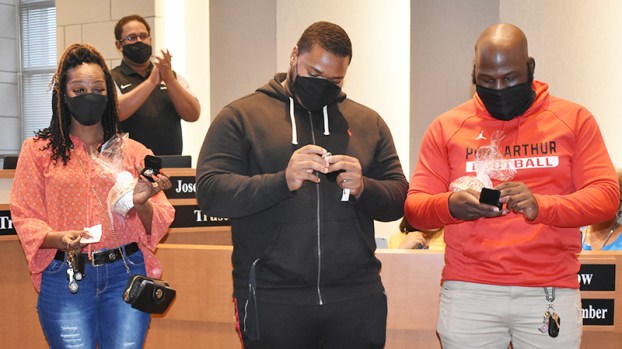 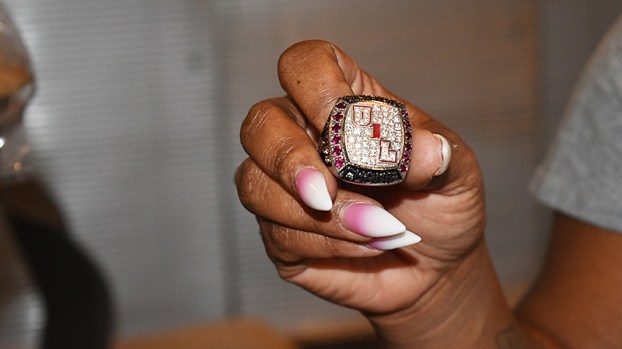 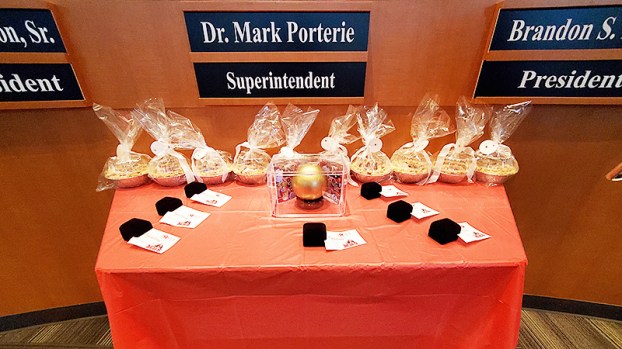 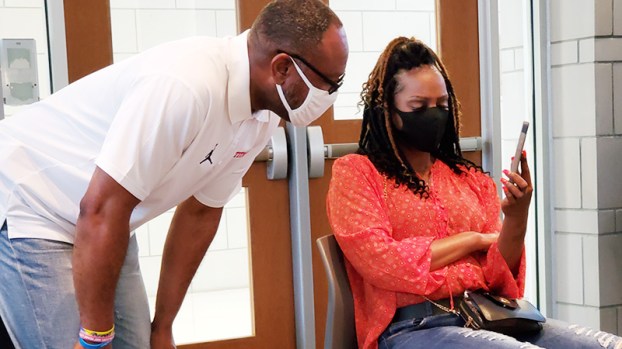 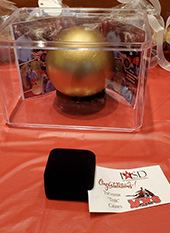 The gold shot putt used by Caines in state competition will be brought to the high school on Friday and placed in the trophy case. (Mary Meaux/The News)

There were smiles all around Thursday when Texas 5A state champion shot-putter Tre’Vonte “Tink” Caines opened his ring box.

Caines, a recent graduate of Memorial High School and student at Lamar University — stood next to Angela Jones, mother of Maleek Jones, who accepted his ring. The recent MHS graduate placed third in the triple jump and fourth in the high jump. Maleek was unable to attend the ring ceremony held during the Port Arthur Independent School District board meeting because he was playing football at Tarleton State University.

Before the meeting, Angela Jones was on a video call with her son when Coach Darrell Granger joined in for a few words.

Later Granger introduced the honorees and the coaches who also received rings.

Caines said he was excited to receive the ring and that he has been ready for it.

Granger elaborated on that statement.

“Tre’Vonte called me every morning during the summer and he’d say, ‘Coach are the rings in?’ I said, ‘Tre’Vonte, you’ll be the first one to know when I get them,’” Granger said with a laugh.

Other coaches who were recognized during the brief ceremony included Coach Ronnie Jones, Coach Nolan Frost and Coach Chris Castille.

A table featuring the ring boxes, a gold shot putt and individual pies was placed at the front of the room before the ceremony began.

The shot putt will be presented to the high school on Friday and placed in the trophy case.

The student athletes were honored for state competition in May field and track events.

Caines threw his best throw of the season of 59’7.5” at Mike Myers Stadium at the University of Texas.

Fellow Titan Maleek Jones earned a bronze medal in the triple jump with a distance of 47’9.25” and fourth in the high jump with a height of 6’4”.