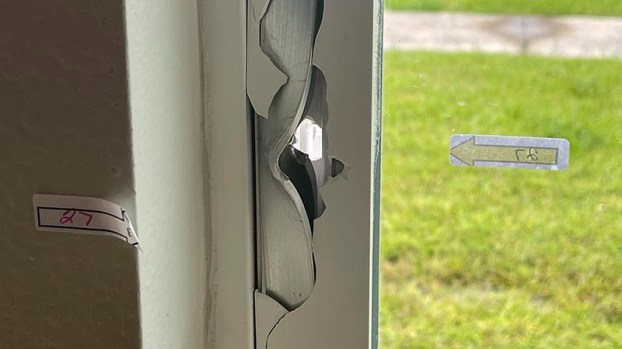 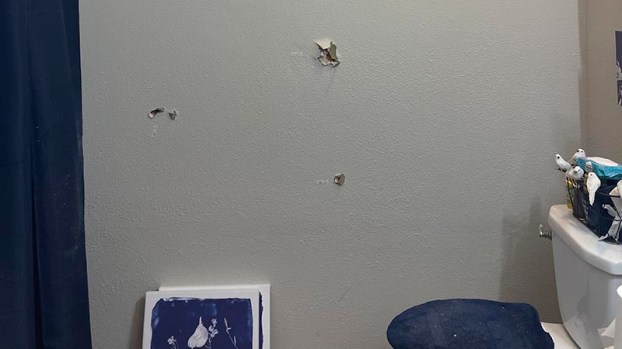 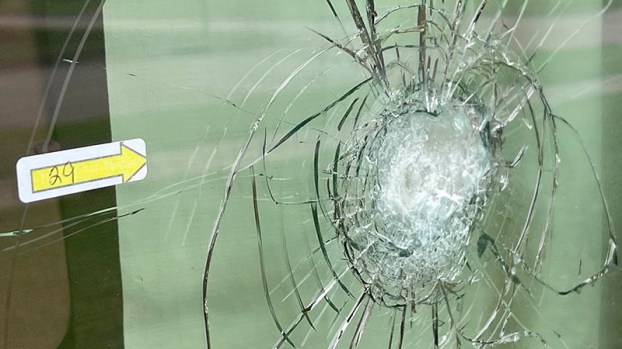 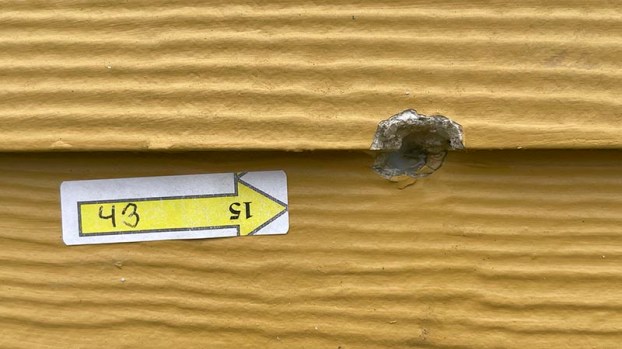 A sticker marking a bullet hole is seen at a Port Arthur house. Police marked each location with a number to detail how many rounds were fired. (Monique Batson/The News) 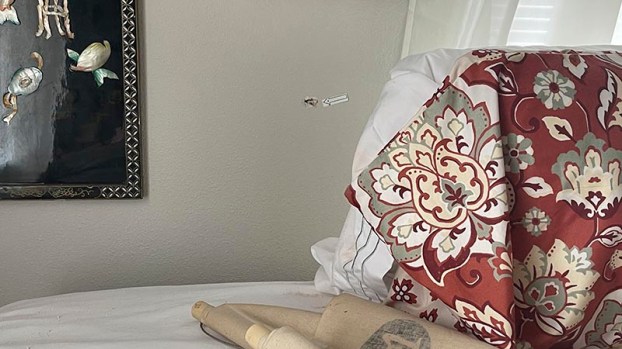 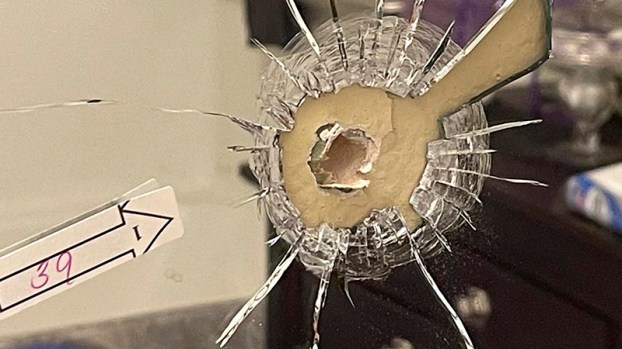 “Cowards,” Det. Hebert said. “It’s the biggest act of cowardice you can do. You know when you shoot a house up there’s almost always women and children inside the houses.”

Police are investigating the shooting that took place at approximately 11:58 p.m. Sept. 10 in the 1000 block of 15th Street.

The woman who lives there, 57-year-old Brenda Jackson, said more than 50 shots were fired from two weapons, a handgun and an automatic weapon.

She had taken a shower about an hour before and fallen asleep. The bedroom TV woke her up, and as she went to turn it off, she heard what she thought were fireworks.

“They were coming this way,” she said. “I got down on the side of the bed and said, ‘Lord please let me get to my phone before they shoot me.’”

She grabbed her phone while crouched between the bed and the closet door and called 9-1-1.

Bullets struck her car and her home, traveling inside through a pillow her 1-year-old granddaughter would have been sleeping on had the child not become ill. Jackson’s 9- and 12-year-old grandchildren were also expected to be there. But their mother fell asleep.

“I said, ‘Lord, you knew they were coming, so you kept everyone else away. But you were here to shield me,” she said.

The gunmen began shooting from the back of the house with the first bullets going into her Ford Fusion, and continued towards the front. The last shot that was fired came into Jackson’s room, through her bedroom door and shattered the living room television.

Police aren’t saying much at this time, as the investigation is fluid. Hebert said investigators believe it was the house that was targeted, not the woman.

Jackson believes the target was a previous tenant, but police can’t speculate on the intended target, Hebert said.

As for the investigation, detectives are actively on the case.

“We’ve reached out to other agencies in the county,” Hebert said.

Cases such as these can obviously be deadly. Hebert recalled the August 1995 drive-by shooting where the gunmen killed 38-year-old Edith Ramos while she slept in the same bed as two of her children. The gunmen mistakenly fired upon the house thinking it was the home of one of his enemies. The Ramos family had moved into their home just a month prior.

“For someone to commit acts like this, it’s unbelievable. The reckless abandonment, knowing even if they are targeting someone, they do not care about any innocent bystanders. It shows the mentality of the people that do this,” he said of the crimes.

Almost two years have passed since the shooting death of Jasmine Newman. The mother of two who was killed while she and others were outside of a home after a party. She had no criminal record. Her killer has not been found.

If you know the suspect’s identity or have any other information on the shooting on 15th Street or any other crime, call the Port Arthur Police Department at 409-983-8600 or Crime Stoppers of Southeast Texas at 409-833-TIPS. You won’t be asked your name and you may be eligible for a cash reward. You can also make an anonymous tip to Crime Stoppers by downloading the P3 Tips app on your smartphone.

— Monique Batson contributed to this report.