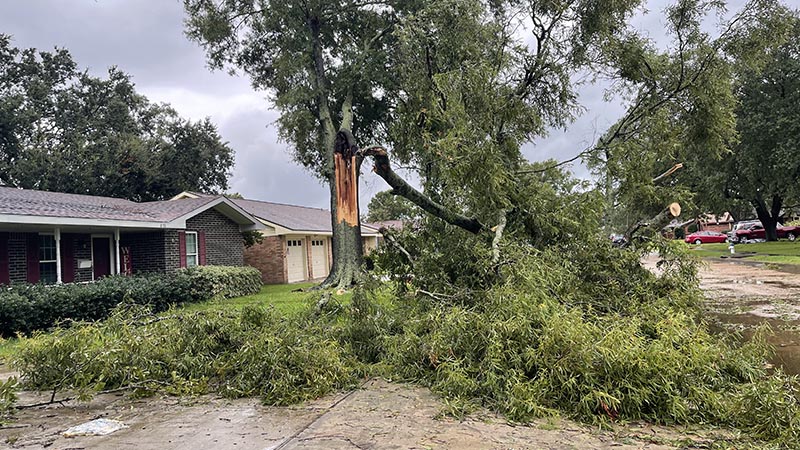 A tree is seen down in Port Neches following the the city's impact of Hurricane Nicholas. (Monique Batson/The News)

PORT NECHES — A tree on Sandlewood Drive appeared to be the only casualty from Tropical Storm Nicholas as of Tuesday afternoon, even as remnants of the system continued to pass through the area.

A resident at the home declined to speak with Port Arthur Newsmedia about the incident, but did say there were no injuries due to the tree. He was unaware at what time if fell or what caused it to split.

As of about 3 p.m. Tuesday, Entergy Texas was reporting up to 250 power outages in Port Neches, a majority of which were near the intersection of Port Neches Avenue and Llano Street. However, many residents in a city Facebook group said the outages they suffered in the early hours had already been restored.

“We’ve had no big issues,” Mayor Glenn Johnson said. “The National Weather Service says it’ll move out of the area tomorrow and we should get sporadic rain for the next 12 to 24 hours. Most of it’s moving out, it’s just moving slowly.”

Johnson, who has been in attendance with other city officials on calls with the NWS, said they were told the worst of the storm is now in Louisiana.

With the exception of closed schools and a few shuttered stores, most of the city ran as usual. Garbage pickup stayed on schedule, and city staff were picking up tree limbs that had fallen from wind gusts. City Manager Andre Wimer said there were no disruptions to city services.

But, as Johnson said, everyone should remain vigilant until the storm has completely passed through. 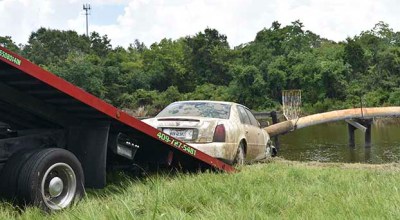