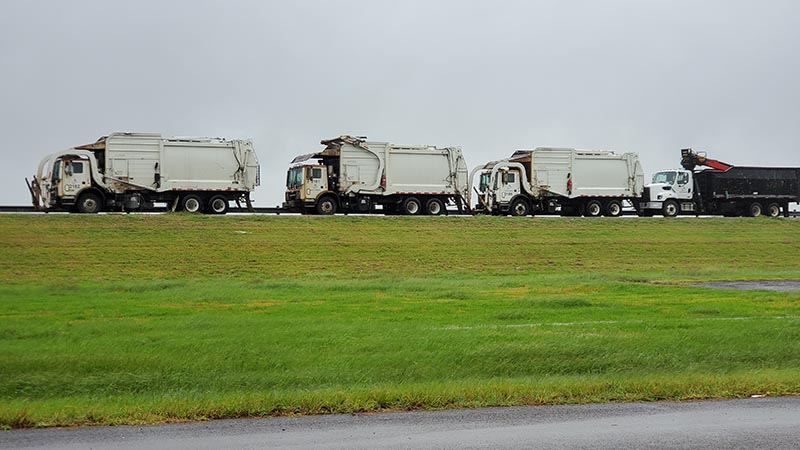 Port Arthur Mayor Thurman Bartie is asking residents to not let their guard down in relation to now Tropical Storm Nicholas.

“We were thankful it hasn’t been harsher than it could have been and at the same time it’s not totally over yet,” Bartie said Tuesday morning.

The National Weather Service announced Nicholas would continue to weaken as it slowly moves through the Houston area. Tuesday night it will slowly turn east and head towards Beaumont before slowing down or even stalling in southwest Louisiana Wednesday into Thursday.

“Wind gusts today will be in the 25 to 45 mph range for southeast Texas and southwest Louisiana,” Warning Coordination Meteorologist Roger Erickson said. “A few power outages will be possible. Gusts will be 20 to 30 mph across the remainder of the region. 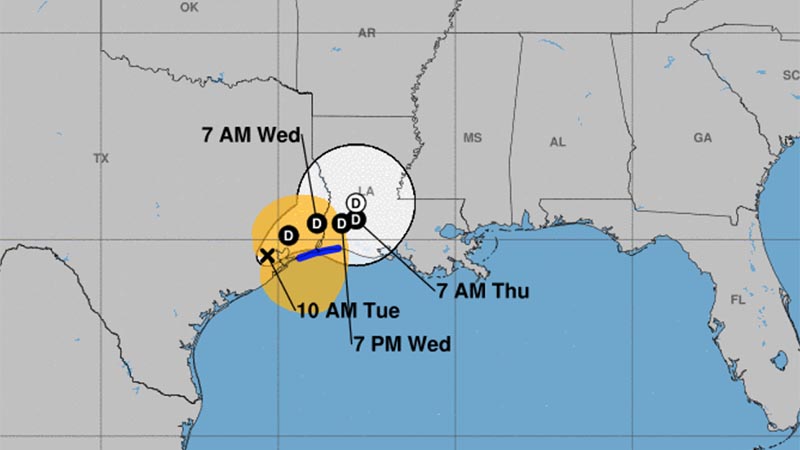 “Rain totals will be 4 to 10 inches, with locally higher amounts possible. Be aware of the road conditions. Traveling is not recommended during flash flood warnings.”

Bartie signed a disaster declaration taking effect at 6 a.m. Tuesday. This, he said, is a precautionary measure should there be disaster conditions in the coming days related to Nicholas. Issues like flooding from the Neches River may not take place immediately if it is to happen.

“Thank God we made it through the bulk of it,” the mayor said while noting there was to be another update with city and emergency management officials and the National Weather Service by late morning.

Bartie said on Monday afternoon there was discussion and prediction that the worst part of the storm might hit Tuesday afternoon. He said he wasn’t sure if that was still in the prediction but asked for people not to let their guards down.

He said he had not heard of any major problems in the city reported to him associated with the storm, no flooding or wind damage.

City Manager Ron Burton said he also had not heard of any major issues from the storm as of Tuesday morning.

“All that we heard is good. Our drainage department has been out since 5 a.m. riding the city and there has been very little ponding of water and no reported flooding thus far,” Burton said. “In spite of this we moved all of our heavy equipment to the seawall and are still prepared.”

The city lost a number of its heavy equipment in 2O17’s Hurricane Harvey, which dumped a record amount of rain on Southeast Texas. The city was under different emergency management leadership at the time.

“Although the weather shows we’re over the hump we are still taking every precaution,” Burton said.