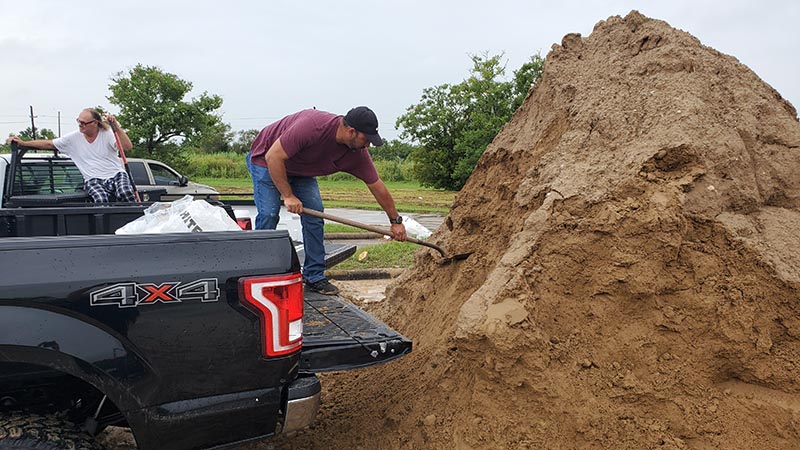 As Nicholas rains down on Southeast Texas, it is important for locals to get their information from reliable sources and not random social media posts, officials in the area stressed Monday.

“We will be notifying the public about changes to schedules as those changes are made,” he said. “We just ask people to continue following local news and the city’s pages. There’s so much misinformation on social media. We ask people not to believe everything they hear.”

Duque said the city intended on continuing with its trash schedule Tuesday, as long as the landfill doesn’t have to close due to water issues.

However, Johnson said, while heavy rainfall is expected, it shouldn’t be another Harvey-type event.

Port Neches City Manager Andre Wimer echoed his sentiment, adding city crews spent Monday working to ensure there were no obstructions in drainage ditches and collecting loose debris or trash that impact the flow of rainwater.

But as the weather can change quickly, officials will still be continuing with implemented plans and procedures to ensure things run as smoothly as possible.

In Nederland, Duque said, that includes keeping an eye on “trouble spots” that have had problems with flooding in the past. Those areas include Avenue H near Doornbos Park and the areas around Hill Terrace Drive and Hilldale Drive.

“We constantly try to keep up with the ditches and culverts as best we can,” he said. “We don’t just focus on the day or the week before a storm; we are constantly trying to keep track of that. We look at those areas and see if anything can be done to minimize flooding.”

But, he added, it isn’t always about the amount of rain that falls, but how quickly it falls.

As of Monday afternoon, Nederland officials were continuing communications with the National Weather Service and were looking at staffing levels to make sure they were prepared for any necessary responses.