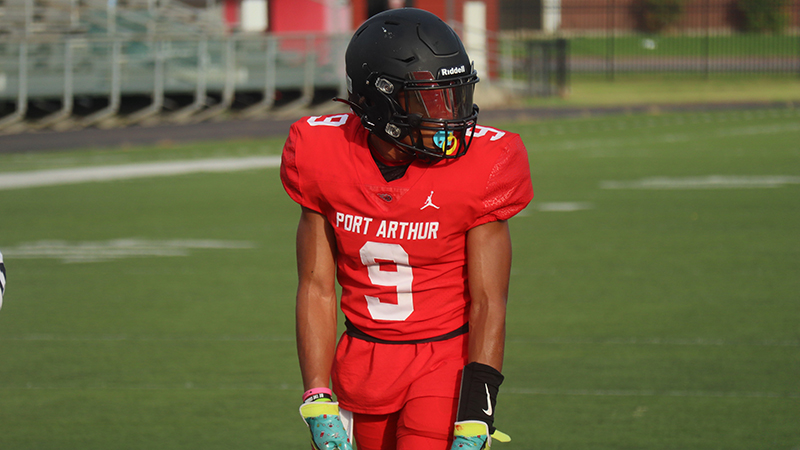 As non-district play concludes across the area, teams enter bye weeks to prepare for the start of district play. Some players and units have shined and project to only get better as the season goes on.

The Titans (2-1) are coming off their first loss of the season, falling 41-26 to Tomball Friday.

Memorial receiver Illijah “Lala” Williams has emerged as the offense’s No.1 threat outside of quarterback Jah’mar Sanders. Williams logged nine catches for 169 yards and two touchdowns.

In the Titans 56-28 win over Barbers Hill, he caught three passes for 156 yards and a touchdown.

“Being cousins doesn’t hurt, but he and Jah’mar have a really good connection,” Memorial Head Coach Brian Morgan said. “Last year, they had a good connection, but we had other pieces and he wasn’t featured as much. This year, you could see during the summer that he continued to develop and Jah’mar’s confidence level in him is probably the leading factor.”

Morgan said many of the routes Williams runs aren’t defined before the ball is snapped. Often times, the route is determined by the play the defense runs and it is up to Sanders and Williams to make the same read and adjust accordingly mid-play.

Morgan said the team is grateful to have Williams’ production as the Titans bring along younger receivers with less experience.

“We throw the ball so much underneath to the running backs, so having someone that you can throw to downfield is good,” Morgan said. “Defenses are going to play tight to stop Jah’mar. We have someone that stretches the field. He does a good job once he catches the ball. He has that knack that he wants to score.”

The Bulldogs (2-0) overcame a 21-point deficit in the fourth quarter to squeeze out a win 41-34 over Silsbee.

Kyndon Fuselier has been a constant force on the team, dating back to last season, but Head Coach Monte Barrow said he has been pleased with how the running game is developing this season. Before the season began, he labeled the backfield as his biggest question mark.

“Mason Beresford had never played running back,” Barrow said. “In three weeks, he has stepped up and given us confidence in what we have there. He will only get better moving forward.”

Beresford carried the ball 11 times for 76 yards and two scores against Silsbee.

Barrow said quarterback Luke Broussard’s ability to make plays with his feet helped in the comeback. Broussard had 21 carries for 148 yards and two touchdowns.

“He has made some plays for us throwing the ball,” Barrow said. “The other night, it was his threat of running. For those two being able to run the football, that helps us.”

PNG (2-1) enters the bye week with a 42-25 loss to Tomball. Head Coach Brandon Faircloth said he has been pleased with how his defensive line has held up.

“We have a pretty senior-heavy group over there,” Faircloth said. “They are great leaders. They are hard workers. They have done well stopping the run. Sometimes they take up blocks. They play really unselfishly. They give their all the entire game.”

“Forty-eight minutes of football is a long time,” Faircloth said. “Anytime you can have that depth with your defensive line, it really helps in the second half.”

All three teams are off this week.

PNG and Nederland square off in the Bum Phillips Bowl Sept. 24, and Memorial will host Sante Fe on Sept. 24.