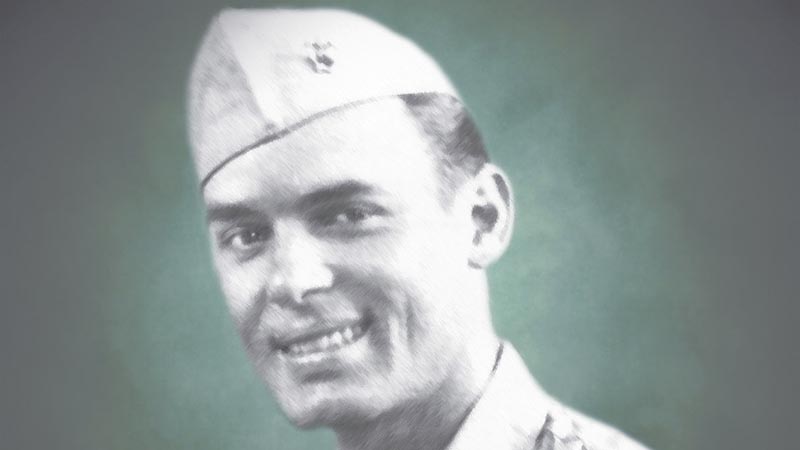 A native of Port Arthur, TX, Fred is the son of the late O’neil and Mestaia (Bourque) Hollier.

He was of the Baptist faith.

Fred was a proud veteran of the United States Marine Corps.

He served during World War II and was awarded two Purple Hearts as well as the Governor’s Tri Star Award.

Fred enjoyed reading, drinking coffee, watching baseball and watching over the neighborhood from his porch.

In addition to his parents, he is preceded in death by his wife, June Louise (Ross) Hollier; daughters, Malinna Hensley and Joanna Schmidtke; and granddaughter, Chloie Collins.

The family would like to offer special thanks to Dr. Vinodini “Vini” Krishnan for her excellent care.

The family respectfully requests the honor of your presence as we offer tribute and remember the life of Fred Hollier Sr.in a funeral service to be held at 6:00 pm on Friday, September 17, 2021 in the chapel at Valley Funeral Home.

A visitation period to share memories and offer support to the family will begin at 4:00 pm on Friday, September 17, 2021 and will continue until service time in the chapel at Valley Funeral Home.

A graveside committal service will be held on Saturday, September 18, 2021 at 11:00 am in Evergreen Cemetery.

Those attending should meet at Valley Funeral Home by 10:30 am on Saturday to go in procession to the cemetery.

In lieu of flowers, memorial donations can be made in Fred’s name to St. Jude Children’s Research Hospital, 262 Danny Thomas Pl, Memphis, TN 38105

Condolences and memories may be shared with the family and viewed at www.valleyfuneralhome.net or on our Facebook page at www.facebook.com/ValleyFuneralHomeErwin.