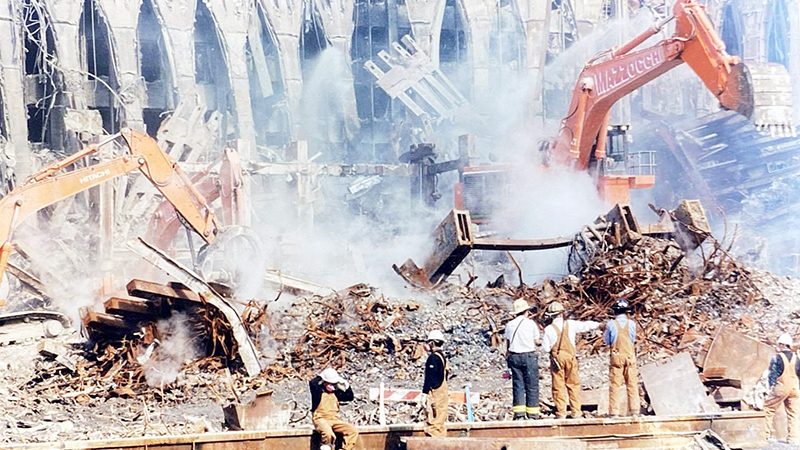 Those are some of the questions my children have asked my wife and I in the past week as we approached the 20th anniversary of a day very few saw coming.

It’s crazy to think two decades have passed since that horrible morning and its aftermath.

It’s also surreal, for perspective’s sake, to think my children, now 11 and 13 years old, have grown up in a completely post-9/11 world.

They only know detailed airport checks with full body scans and no shoes.

This is actually the first month of their lives where the U.S. was not “officially” engaged in a bloody conflict in Afghanistan.

My life, like so many others, has a line through it. There was everything before 9/11 and then everything after 9/11.

So much political theater and human tragedy followed the worst single attack on U.S. soil.

We had the hunt for WMDs in Iraq, the Patriot Act and follow-up wars that spanned multiple presidencies in both major political parties.

Other previously unknown places and topics became commonplace as discussions on Guantanamo Bay, waterboarding and Seal Team 6 bubbled into daily conversation and the subjects of journalism and film.

However, for many millions of younger people, 9/11 is a history book fact, a certainty of the past and a benchmark in the development of our country.

I’ve found it difficult to explain to my children just how invincible the American psyche was; or at the very least how invincible I felt our shores were to foreign attack as a 20-year-old college student.

I used to sleep with a 24-hour news station on in the background because the consistent space and never-ending script was easy to drift off to.

It was quite shocking that morning to open my eyes to legitimately scared TV news anchors reacting in real time as planes were crashing around the country.

As we all know, things only grew worse as the obviousness of the planned attack and total destruction took hold with the collapsing towers.

As I’ve gotten older, I’ve come to realize those three statements were true long before 9/11. I’ve also come to realize they are realities that millions of people not lucky enough to live in the United States have faced for centuries.

Maybe the world was never meant to be safe.

Families rebuild and children grow up with dreams for amazing things. And many times, they accomplish them.

Today is the anniversary of one of the darkest moments in American history, but it does not mark the moment when things went on a downward trend to destruction.

New York City still stands with all of the bravado it had before, and millions of people from places across the world contributed to that recovery.

The terror organizers might have planned for our ultimate destruction, but 20 years later I can confidently tell my children that they failed.