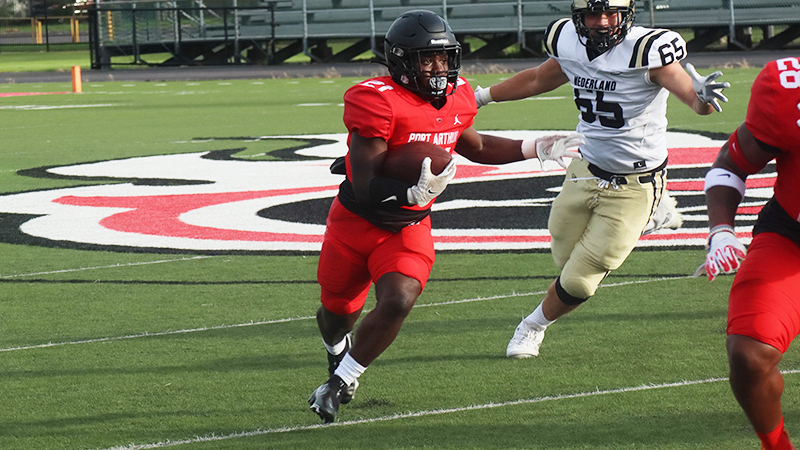 This week could show just how Memorial stacks up against some of the top talent in the state. While there has been a lot of turnover on the Crosby roster, the team, led by Jerry Prieto, made it all the way to the 5A Division II state title game last season.

Even though the Cougars have 16 starters that have only played two varsity games, the matchup might be the best test the Titans get until playoffs.

The two teams were scheduled to play last year, but the pandemic shortened the teams’ non-district schedules.

“They have some pieces returning from (last year’s team),” Memorial Head Coach Brian Morgan said. “We are trying to get a win and get better.”

Memorial is coming off a 56-28 victory over Barbers Hill. Morgan said the 2-0 start to the season has his team dialed in.

“Our schedule has helped because we have played really good teams,” he said. “It is not feasible for them to not focus and perform well. Our guys had a really good week of practice and they are locked in a ready to go. For us to win, we are going to have to play really good.”

Morgan said the skill positions are still a key strength for the Cougars.

“They have an athletic quarterback and some good skill kids,” he said. “They have some receivers that can really run and catch the ball well. On defense, they are really sound and can run. They mix up coverages and play really hard. They played two good teams in Carthage and Manvel. It is not going to be an easy test by any means.”

Morgan said the Titans have to win the turnover battle, play sound on defense and not give up anything big on trick plays.

Prieto said his team will have to do its best to limit the big plays of Sanders and the Memorial offense, which is a lofty task. The Titans already have five scoring plays of 50 yards or more through the first two games of this season.

“We have played some fast teams already, but PA is extremely fast,” Prieto said. “Sanders at quarterback is dangerous. He reminds me a lot of Reggie Branch that we had the last couple of years. There are not a lot of sub-11 guys that can throw the football really well, and he is one of them. They have a lot of offensive weapons. They have a big, strong running back and the receivers are capable of taking a little hitch route and outrunning everyone.”

“I know (cornerback Jaylon) Guilbeau gets all of the headlines, but they have guys that can run and cover and aren’t afraid to get up and tackle,” he said. “The front plays really well, too. Christian Thomas was the Defensive MVP of the district last year and he is back and bigger and faster. It is going to be a good battle. The most physical team that makes the least amount of mistakes will probably be the winner.” 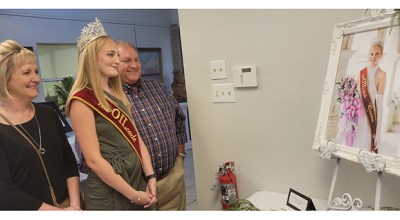