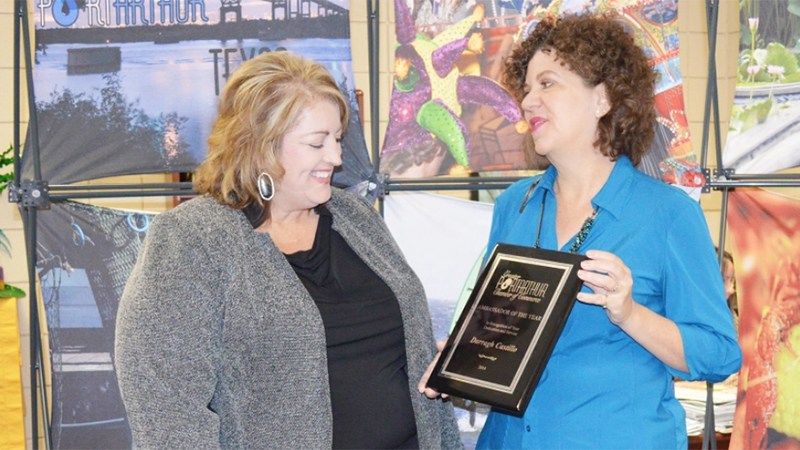 The position open at the time was for a finance and membership director.

“She came in for the interview, and it was an automatic click,” Reid recalled Monday morning. “Her experience, kindheartedness and everything about her were such a good fit with the position and staff. All the chamber members exceedingly gravitated toward her.” 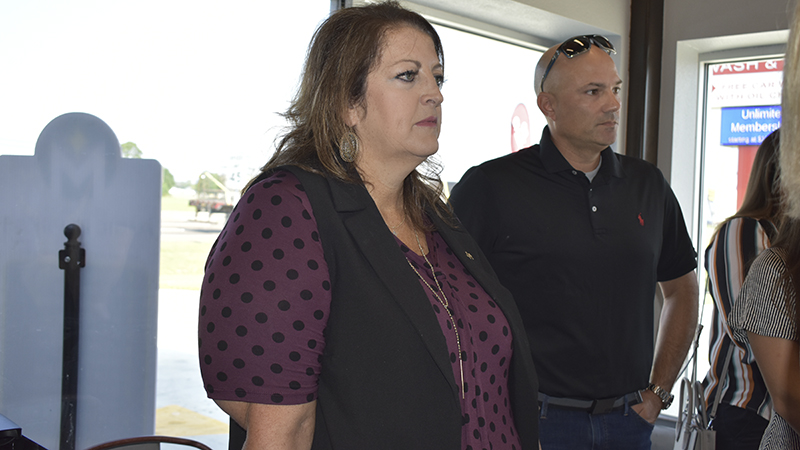 The fit grew and flourished for more than 10 years, which made the news shocking and the loss more devastating when word of Snyder’s death on Sunday made its way across Greater Port Arthur.

“When I left the chamber, she became more than a coworker,” Reid said. “At that point she was a friend. She watched my kids grow. She made these lasting impressions with so many people throughout the area.”

Snyder was a foundation piece for the business community, something that was evident even in these last few months, according to Chamber Board Chairman Ron Arceneaux.

He said Snyder would see a billboard with a company’s name on it, announcing a move to the region and would go on the hunt to bring new members onboard.

Arceneaux credits Snyder for helping build up the Contractor Business Development Committee, noting the Chamber’s September Industry Show was a “smashing success” with 107 companies and more than 800 people in attendance from New Orleans to Conroe.

“Paige was so dedicated to the Chamber, her impact made us very successful and her efforts are responsible for us making it through the pandemic in the black,” he said.  “When she could no longer visit companies, she called them on the phone and was still successful getting new companies to come on board.

“Hopefully the prayers offered to her family and friends will help to ease the sadness we all feel today. May she rest in peace.”

Joe Tant, finance manager for the Chamber, said having Snyder as a teammate at the Chamber for more than ten years added so much to his life.

“She was the life of the party, she had the gift of gab and she never met a stranger,” he said. “She was a great person who had added so much to every life she touched. I will always have her memories to make me smile.”

“She made the transition from private sector to nonprofit so much easier for me,” Avery said. “Right now, Joe (Tant) and I are devastated and trying to cope, and of course, her family members are in the same place.”

“If you saw Paige from across the room, you’d want to go visit her and catch up,” Castillo said. “Her smile sparkled, and you wanted to be in that encouraging glow. Paige had a sneaky way of motivating people to speak in public, promote their business or go outside their box just by showing off a gleam in her eye and offering a gentle nudge.”