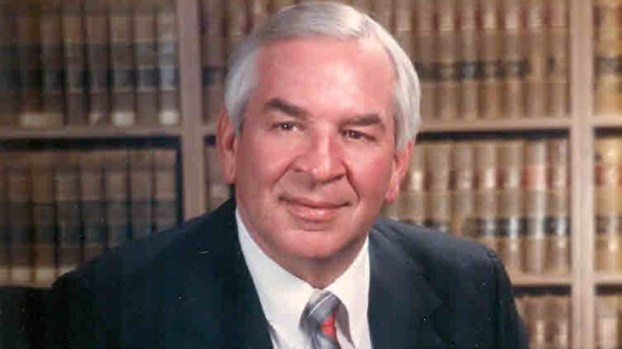 America lost a once in a generation trial lawyer on September 7, 2021. More than that, the world lost a larger than life Texan who was an entrepreneur, businessman, banker, conservationist, political activist, philanthropist, mentor, sportsman, friend, husband, father and grandfather.

Walter Umphrey is survived by his loving wife and partner of over 61 years, Sheila. He also is survived by his son Bart and daughter in law Laurie and his daughter Paige and son in law Darren. Walter and Sheila have eight grandchildren whom they love dearly: Brooke, Macy, Luke Thomas, Lindsay, Randy, Madison, Cooper and Jaclyn.

Thomas Walter Umphrey was born May 13, 1936 in Port Arthur, Texas and passed away peacefully at the age of 85.

Born of modest means, Walter embarked upon a journey to fulfill his life’s passions leaving behind many friends, a loving family and a legal legacy which literally changed the world.

Anywhere this force of nature went, he made lifelong friends. Whether it was the best of times or the worst of times, Walter never forgot his friends or where he came from.

Following graduation from Thomas Jefferson High School and with a scholarship in hand, Walter set off to SMU to play the sport that he loved his whole life – football.

Walter believed that all sports instilled a form of discipline necessary to succeed in life. At one point in this vibrant journey, Walter drove to Crystal Beach to meet a beautiful, intelligent and spirited young lady named Sheila McCarthy.

They married in 1960 and Sheila quickly became an integral part of the Umphrey family success. Their love affair has lasted over 63 years. It is this true love partnership that guided them through the years.

Between college and law school, Walter earned tuition money by working as an insurance adjuster. It was during this time that a mantra deep inside him was forged.

He vowed to never represent insurance companies when he became a lawyer. He always wanted to help the underdog. He also forged an unbroken bond with Baylor Law School. He and Sheila love Baylor Law School passionately. Sheila even worked at a Waco bank to make sure the tuition was paid. Fifty years later, the great Baylor Law Center bears their name.

To paraphrase Bobby Kennedy, some people see things as they are and ask why, Walter looked at the world and said why not? And then he stormed into action. . . .

Why not justice for all? Walter spent his entire legal career fighting for the rights of the marginalized, disenfranchised and gave convincing voice to the powerless. He was their champion for justice.

Why not opportunity for all? Walter fought for anyone, regardless of where they started, to have the God given right to work hard and succeed. He did not care about your background but only that you were passionate about issues and you would work hard to get great results.

Why not bring jobs and economic opportunity to Southeast Texas?

Against all odds, Walter and Sheila built successful banks, real estate developments, decorating companies, car and motorcycle dealerships and nurseries and greenhouses that sold plants and flowers all over the world. Oh, and a law firm that started in a small office off 39th Street in Port Arthur with David Provost and whose impact and victories literally changed the legal landscape—worldwide.

After law school, Walter worked for the Jefferson County District Attorney’s office advancing quickly to Chief felony prosecutor putting the most violent criminals away. He learned there how to try cases. He understood the 7th amendment and its guarantee of the right to trial by jury. And juries so loved Walter.

His imposing presence and down to earth demeanor led juries to listen and act on what Walter needed them to do.

In the 70’s and 80’s, Walter led Provost Umphrey in taking on the asbestos and benzene industry. He and the firm fought tooth and nail for the victims and their families.

In the end, those industries started protecting and informing their workers because of Walter’s actions. Walter fought for unions and their workers helping thousands of folks earn a fair wage and enjoy a safer workplace.

In the 1960’s through the 1980 ‘s, it was not popular among the rich and elite lawyers to represent injured folks. They looked askance at you and didn’t want you in their world if you were representing the poor and disenfranchised. These lawyers put up every hurdle imaginable against Walter.

But Walter never cared what others said or thought. The barriers thrown his way motivated him further to stand up and speak louder for the injured and unfortunate.

He lived his legal life according to Sam Houston’s mantra, “Do right and risk consequences.” He stood up for cancer victims, burn victims, refinery victims, maritime accident victims as well as those who were discriminated against on the basis of race, sex, age, or religion.

If the law said that an employer could penalize their employees unfairly, Walter would instruct his own lawyers to, ” Go change the law so that folks are treated right.”

He didn’t care what the costs were. He simply wanted justice to prevail. Walter won every honor that a legal legend could receive—far too many to list here. But Walter didn’t care much for individual accolades. All he cared about was that he was a trial lawyer from Southeast Texas who never stopped fighting for justice.

In the 1990’s, the state of Texas came calling looking for a transformational leader to take on the undefeated tobacco industry. Walter asked his firm who wanted to put up millions in expenses and years of work to take on an industry that had never paid a dime in settlements?

The answer was thunderous silence. But no lawyer could turn down Walter on this historic fight. Walter would never walk away from a challenge to do justice regardless of cost. Walter put together and led a Dream Team to take on Big Tobacco and it was a monumental battle.

The effort required tens of millions of dollars, moving away from southeast Texas for years and battling the toughest and richest legal opponent in the world. The end result was that the citizens of the state of Texas received a world record 17.1 billion dollar settlement and the industry changed their advertising practices (Goodbye Joe Camel). This benefited every Texan. Walter did right and risked the consequences.

Before Warren Buffet’s call to give back to the community, Walter was already giving. There were public donations that benefited the entire community and donations to needy folks that were never publicized. Walter had a heart of gold and led with philanthropic gifts which greatly impacted Southeast Texas.

When Lamar University wanted to bring back football, the band, women’s soccer and softball as well as transform itself into a top tier University, Walter, Sheila and Provost Umphrey Law Firm led the way with a significant donations. This resulted in Provost Umphrey Stadium and the Sheila Umphrey Recreational Center. Tens of thousands of students continue to benefit from their generosity.

When Baylor Law School was looking to provide a first-class facility for its students, Walter and Sheila led the way. Their generous donation allowed Baylor Law School to have a first-class facility for its law students. The Sheila and Walter Umphrey Law Center is a breathtaking facility educating the best and the brightest on the banks of the Brazos River.

When Baylor University needed to build a new stadium for the Baylor Bears, Walter and Sheila built a bridge to that sparkling new stadium.

They literally built a picturesque bridge over the Brazos River connecting the Law School to the new football stadium so that fans could walk over the Sheila and Walter Umphrey Bridge to enjoy the next Baylor Bear victory.

Walter was an avid sportsman. When his friend, Governor Ann Richards, appointed him to the Texas Parks and Wildlife Commission, Walter passionately fought for the rights of hunters and fisherman while maintaining a healthy wildlife population.

He loved this job. When he saw that Southeast Texas needed better fishing facilities, Walter and Sheila led the way. They purchased land off Mesquite Point in Port Arthur and donated it to the public. The result- The Walter Umphrey State Park. Thousands of fisherman use these facilities every year.

When bass fisherman found the perfect land on Lake Sam Rayburn to create a pavilion and park that could host tournaments from folks all over the nation, Walter and Sheila led the way. Their lead gift and the fundraising that followed led to the building of the Umphrey Family Pavilion. It stands as a beautiful testament to the Umphrey dedication that everyday folks have access to great recreation and fishing facilities. Walter and Sheila enjoyed Lake Rayburn so much that they invested greatly in the upgrade of Rayburn Country’s golf course, restaurant and other facilities.

Walter had a saying,” I’ve never seen a hearse with a U Haul behind it”. What he meant by that was that counting your money was useless. Money was a means to an end to transform people and communities for the better.

Wherever Walter saw a need, he not only answered the call, he led others. Inactivity was not in Walter’s DNA. In a sports analogy, Walter believed in giving everything you have to a project – leave it all on the field. The many philanthropic gifts of Sheila and Walter Umphrey will live on and benefit millions forever.

Walter was a boy from Port Arthur, Texas that worked his way into advising with Presidents, Senators, governors, NFL & MLB team owners, sports stars, CEO’s and even a Queen.

He built a successful law firm, banks, ranches, nurseries and greenhouses and so much more. But more importantly, Walter built relationships and lifelong friends.

He was able to relate to everyone because of his common humanity. He never forgot where he came from. He and Sheila never forgot their friends or their hometown area. Walter kept that faith.

He was the trail-blazing champion of the working man. Thomas Walter Umphrey was a once in a generation transformational leader. We will never see another like him. And, we all will miss him.

A “Celebration of Life” service will be held at a later date.

Arrangements are being handled by Clayton Thompson Funeral Dorectors, Inc. Condolence messages may be left online at our website, www.claytonthompson.com