Will the next great action film be shot in Port Arthur? 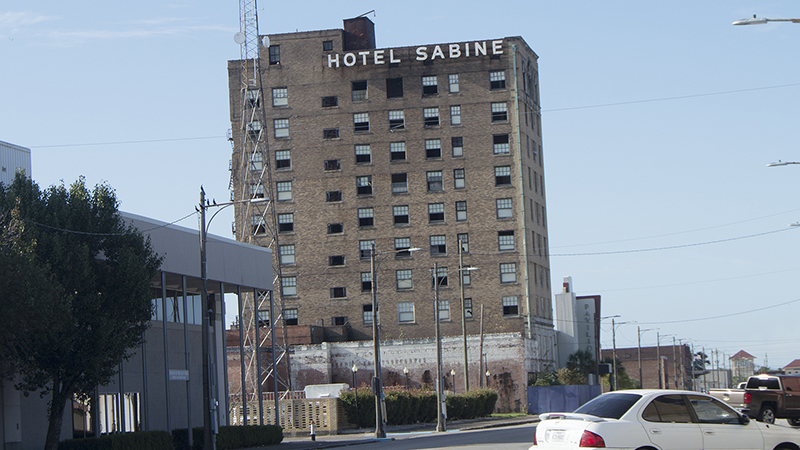 A former mayor once suggested demolishing the Hotel Sabine as part of an action film sequence. (Stephen Hemelt/The News)

As Darragh Castillo says, Port Arthur is ready for a close up.

And the destination management specialist for the Port Arthur Convention and Visitors Bureau may soon get her wish after the City Council adopted updated guidelines for the Texas Film Mission’s “Film Friendly Texas” status.

“We’ve been working for Port Arthur to receive a Film Friendly Texas designation to encourage filming in our area,” Castillo told Port Arthur Newsmedia before last week’s council meeting. “We have great coastal views, outdoor venues, personality and hospitality. We want Port Arthur to join other Texas cities in a database filmmakers view for sets and accessibility.”

In 2015, then-Mayor Pro Tem Derrick Freeman brought before the council a proposal to designate Port Arthur as a Film Friendly City under the Texas Film Commission.

He might have also mentioned blowing up Hotel Sabine for an action film.

“We’re excited for them,” Freeman said with a laugh when reminded about the Hotel Sabine suggestion.

Later voted mayor, Freeman said the city had obtained Film Friendly Texas designation at the time but was waiting on a few additional requirements to be met.

Those requirements, plus any proposed changes since, were met last week with a unanimous City Council vote

“We already have a silver screen history,” Castillo said. “The Museum of the Gulf Coast shares the stories of movies, actors, writers, musicians and filmmakers with links to movies and productions. Museum representatives helped the Port Arthur Convention & Visitors Bureau with this project by uploading area site scenes of historical homes, etc. that could be used in filming.”

Some of the more-famous movies has scenes filmed in Texas — and here’s where you can go to relive them:

• “Hope Floats” was filmed in Smithville.

• Part of “Predators” (2010) was filmed in Hamilton Park in Travis County.

• The original “Texas Chainsaw Massacre” was filmed in Round Rock; however the house has since been moved to Kingsland.

• The movie “Pearl Harbor” was partially filmed in La Porte.

Under the direction of the newly passed ordinance, a company can film in Port Arthur with permission from the city manager.

Prices range from $50 for use of city parking lots, streets, etc.; to $500 for total disruptive use of a right-of-way or public area.