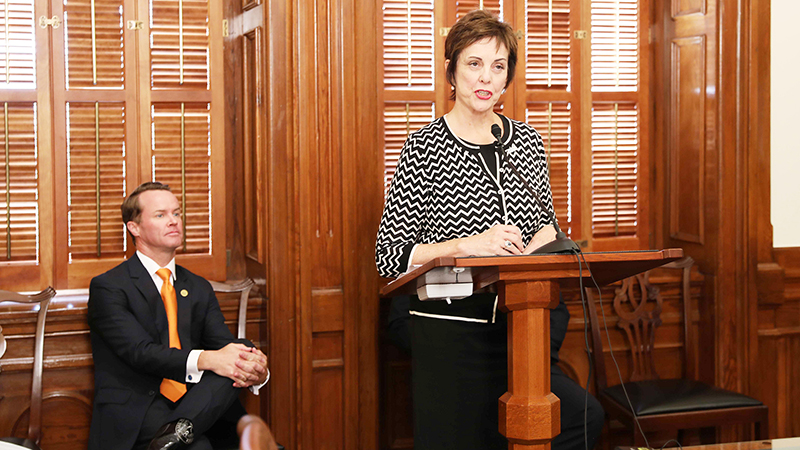 A new Texas law allows most Texans to carry handguns in public without going through training or having to get permits.

“Constitutional carry did not change the application of the Concealed Carry legislation that was passed a few years ago,” College President Dr. Betty Reynard said. “The campus continues to abide by and comply with all aspects of Concealed Carry.”

Campus leaders said handguns are allowed on all college and university campuses statewide, but pistols must be worn under clothing or placed in a purse or pack that a person is carrying.

Openly showing a gun, including in a holster that is substantially visible, anywhere on campus remains illegal.

Community colleges are allowed to have gun-free zones, including college child care centers, patient care facilities, science labs, intercollegiate athletic events and individual assigned offices. People must be at least 21 years old to purchase and carry a firearm in Texas.

On the Lamar State College Port Arthur campus, areas designated gun-free zones are the Carl Parker Center during intercollegiate athletic events and any area where UIL-sanctioned events are taking place, since it includes students typically under 18.

“When it comes down to it, it’s just a sense of disappointment that the bill ultimately was passed,” said Kevin Lawrence, executive director of the Texas Municipal Police Association, to The Texas Tribune.

Conservative activists have long pushed for a permit-less carry law in Texas, but such measures got little traction in the previous three legislative sessions. In 2019, a permit-less carry bill didn’t even get a committee hearing in the Texas House.

“Texas is finally a pro-gun state despite years of foot-dragging, roadblocks and excuses from the spineless political class,” Texas Gun Rights executive director Chris McNutt said in a statement after Abbott signed the bill. “I’m proud of the work grassroots gun owners have put in to get Texas Constitutional Carry finally signed into law.”

Information from The Texas Tribune was used in this report.