PNG grateful to play Timberwolves after weekend of devastating weather 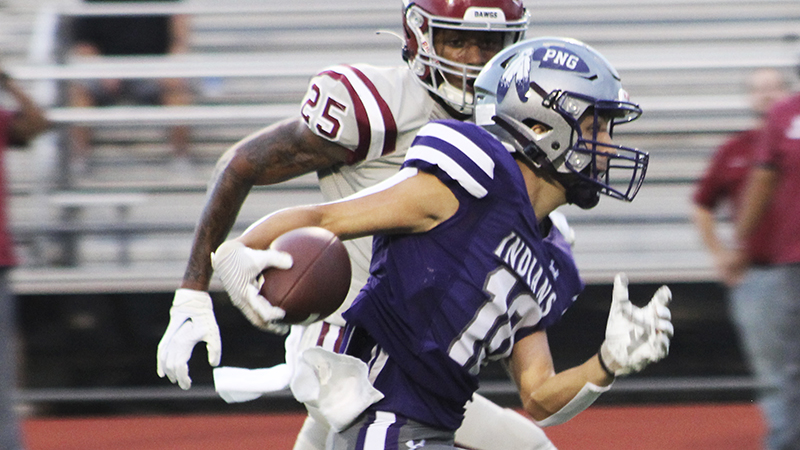 PORT NECHES — Port Neches-Groves coaches closed practice by reminding their players how fortunate they are to take the field Friday.

As videos and news reports detail the devastation caused by Hurricane Ida in Louisiana over the weekend, Head Coach Brandon Faircloth told his players that many high school players in Louisiana will not suit up for the foreseeable future.

Players and coaches included the neighboring state in a moment of prayer following practice.

“It has been us before,” Faircloth said. “After Hurricane Harvey, we were there. Our houses flooded and we dealt with hurricanes as well. It is tough, because you prepare for a season. We were blessed to get a full season in that year. We are definitely praying for them and are here to help with the recovery efforts if we can.”

PNG will host Beaumont United Friday. Last year, the Indians came back to pull out a late 40-37 win over the Timberwolves.

“We have always played Ozen and Central,” Faircloth said. “Combining them makes it tougher on us, because they are a bigger school. It is a tough game, but that is what we want to do. Coach (Marcus) Graham and his staff do a great job and they have a really talented team.”

The PNG coach said his team scheduled two tough scrimmages and non-district games to prepare for the remainder of the season.

“We want to play tough teams, good players and good coaches, and we are definitely doing that this week,” he said.

For the Timberwolves, Graham wants to see his team improve from a Week 1 matchup against West Brook. The game was called off at halftime due to inclement weather, but BU trailed the Bruins 27-14.

On defense, BU is led by defensive back and Duke commit Chandler Rivers.

Graham said the Timberwolves will have to contain the PNG rushing attack to be successful. In the Indians’ previous game against Jasper, running back Koby Trahan rushed for 59 yards and one touchdown on 13 carries.

“PNG is always going to be solid and play hard,” he said. “We have a task at hand. We withstood a little bit last week with Mr. Texas A&M (West Brook quarterback Bryce Anderson). We still have to do a better job of stopping the run first and letting everything else kind of fall into place. We want to see improvements from last week in all facets.”

PNG is also coming off a shortened game against Jasper. The contest was called off in the third quarter due to lightning around the stadium. PNG led Jasper 14-7 at the time.

Kickoff is set for 7:30 p.m. at The Reservation. Those not able to attend the game can catch the broadcast on the radio at KCOL-FM 92.5.