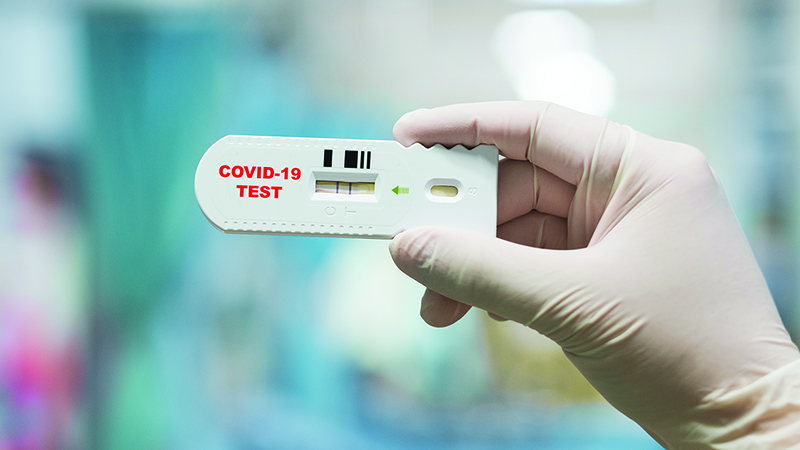 They say a mother always knows, even when not near her children.

That proved eerily accurate for me in 2013 when my son, then only 8, was suffering from a diagnosed stomach virus – or so we thought. He was having sporadic bouts of stomach pain mixed with nausea, so we took him to an Urgent Care. He was prescribed an anti-nausea medication, and days later seemed to be fine.

On the way to school the next morning he told me his stomach hurt. As I was trying to get four kids to their respective campuses so I could make it to work, I snapped that he had managed to get through the last two days with no issues so it sounded more like “I don’t want to go to school” than “I don’t feel well.”

After dropping the other three off, I made it about four miles from the school when I made a U-turn on Twin City Highway and headed back to his school. Somehow I knew I needed to get back to my son. It wasn’t guilt over snapping; it was an indescribable voice in my head that said I HAD to turn around.

I was pulling up at the school when the nurse called and said he had doubled over in class. I took him to The Medical Center, and an hour later we were in an ambulance headed to Texas Children’s Hospital in Houston.

My 8-year-old had been trying to pass a 5-millimeter kidney stone.

So Tuesday night when my youngest son came to me with a fever, I knew

I had previously bought a rapid COVID test from Walgreens, so I went straight there. They were out, as were the next few pharmacies I went to. But in my desk I still had the second test from the box I had bought my friend, which I kept in case he tested positive so I could test too.

Wednesday morning I ran in (masked) to grab it and went straight back home. The instructions were clear: wait 15 minutes. It only took one. But I set a timer anyway and looked at it again after 15 minutes. The COVID-positive line was practically in neon by then

Wednesday afternoon, when my son said, “it’s so hard just to get out of my bed,” I all but broke down. Having had COVID in late January, I remember the lethargy being the worst part.

I’m a single mom that can’t afford to miss work, so I continued working from home. But I had to keep my computer in my bed because there was no energy to reach it.

I’m now vaccinated. And while I know I can still catch it, I’m not going to leave my son in a room alone out of fear with no one to help him, especially when he’s sick. I spent Wednesday working around constant check-ins, taking temps, bringing him water, etc. And yes, even hugging him often. He could barely pour cereal into a bowl.

I called the PNGHS nurse to inform her of his absence and that he would be out for a bit. But he’s not an only child.

I asked her, “I know I don’t technically have to, but should I come get my other son?”

And she answered with the most diplomatic, professional thing she could: “I can’t tell you ‘yes’ or ‘no.’ Right now that is your choice. But I can only say if it were me, I’d strongly consider it.” It was a parent’s response. It was that of someone who cared.

Some say I’m partial to PNGISD because all four of my children – two in, two graduates – grew up in that district. Others say it’s because I cover the district as a beat. But at the end of the day, I’m not partial to anyone or anything in a news story. I’m a journalist. I report facts.

And the fact is, we can’t control what is happening in our schools due to this pandemic. Executive orders change often, and they come from a higher office than our admin buildings.

But I can attest that our districts know the struggles, they care, they want our kids to be safe, and they’re taking the necessary measures to make that happen. They’re in this as much as we are.

So while you say prayers or send good vibes to everyone facing this virus, don’t forget to include  those who work in our school districts. And maybe, if you have the time, toss my son in there too.