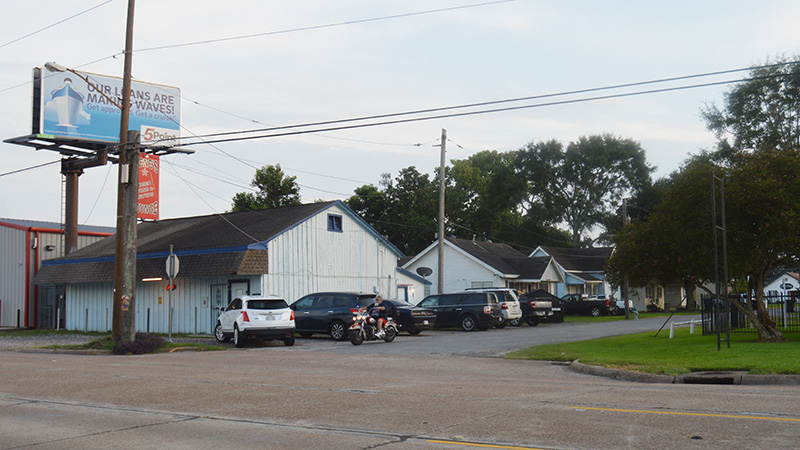 NEDERLAND — The reshaping of Downtown Nederland continues as city leaders are working on a $400,000 plan to purchase older homes and a business for eventual redevelopment.

Mayor Don Albanese said the effort is similar to others led by the Nederland EDC turning older buildings and places into fresh economic engines and greater retail options.

The four locations sit near Twin City Highway and are a block south of Boston Avenue, which has transformed in recent years with increased entertainment and retail options.

“These old houses have been there for 50 or 60 years,” Albanese, also a member of the Nederland EDC board, told Port Arthur Newsmedia. “We’re just looking into the prospects. There are a lot of things that have to be considered like the old galvanized water lines that are under there. They probably have aluminum wiring that probably won’t pass code.

“We would like to get it, redevelop it and put something in there that is more feasible and profitable for the city.”

According to Albanese, the Nederland Economic Development Corporation likes the idea of expanding the Boston Avenue Downtown area through the development of Atlanta Avenue, creating more foot traffic and a greater reason for destination shopping.

City Manager Chris Duque said guiding pedestrian traffic off Boston Avenue to Atlanta Avenue could be an issue. Any plans to pick up and move the existing structures or repurpose what’s in place create challenges securing Americans with Disabilities Act compliance. The congested work area with existing utility poles and drainage ditch would also be a concern, Duque said.

Nederland EDC Executive Director Kay DeCuir said her board considers demolition of the properties, should sales agreements be reached, as the best option.

The ultimate goal, she told city councilmembers, is to sell the demoed property to a developer who can bring jobs and tax revenue to the city.

Councilman Randy Sonnier questioned why the location at 1123 Atlanta Avenue was not included in this week’s presentation.

DeCuir said the EDC plans to approach that property owner once these purchase agreements are secured.