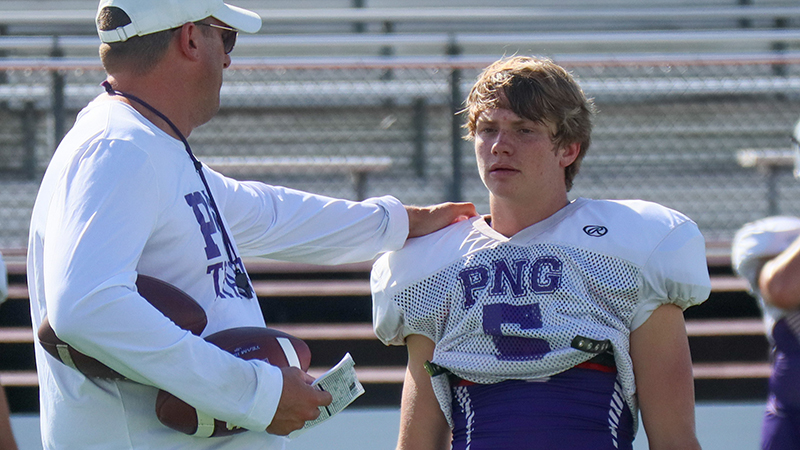 PORT NECHES — There aren’t many times in team sports where an individual player has all of the pressure on them. Some of the most pressurized moments in sports occur when an athlete is left alone with his or her thoughts and everyone watching.

A basketball player shooting game-winning free throws and a golfer making a tournament-winning putt rank up alongside a place kicker attempting a field goal in a football game.

For most high school football teams, the kicker is just another player on the roster who happens to have a decent leg. While Tate Sandell was once a receiver for the Port Neches-Groves Indians, he has refined his skills so much that he has the attention of multiple colleges.

“Kicking is all mental,” Sandell said. “You can have (legendary NFL kicker) Adam Vinatieri coaching you, but you have to win the mental game in your head. Once you get your confidence up, you are rolling and that is what I am working on.” 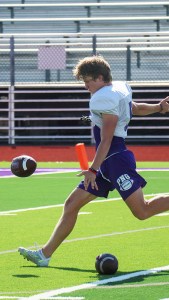 The kicker spent the summer trying to perfect his craft.

“I have been going to a lot of camps to try and get my name out there,” Sandell said. “I try to come out to the stadium and not over kick. It is important to have a good, spread out schedule.”

Sandell said he has been in communication with approximately six schools about kicking for them after he graduates from PNG.

For this season, his goal is to continue improving.

“In high school teams, not a lot of the special teams guys come through,” Sandell said. “There is a lot of work that goes into it. It is more than what people see both on and off the field. It is not just come to practice and kick.”

PNG Head Coach Brandon Faircloth said Sandell is often kicking at the stadium well after everyone has left from practice.

“He is a gym rat,” Faircloth said. “We can’t get him out of here. It shows with how he has progressed. He works hard and it pays off.”

Field goals are not Sandell’s only specialty. The kicker is also the team’s punter and added a 50-yard punt to his resume against Jasper.

“He can flip the field at any time,” Faircloth said. “That is a big weapon, and we are glad to have him on our team.”

Sandell said he has had to play catch up after getting a late start to taking the role seriously.

“Usually, kids start going to camps around their freshman or eighth-grade year,” Sandell said. “My first camp was my junior year. I kind of came up out of nowhere and made huge jumps. When I first started kicking, I was jumping for joy at a 50 yarder.”

Sandell said he has hit a wind-aided 67-yard field goal by himself. He said his longest in-game kick was 40 yards in the Indians’ final scrimmage against West-Orange Stark.

“My goal for the season is to not miss again and just do my job,” he said.