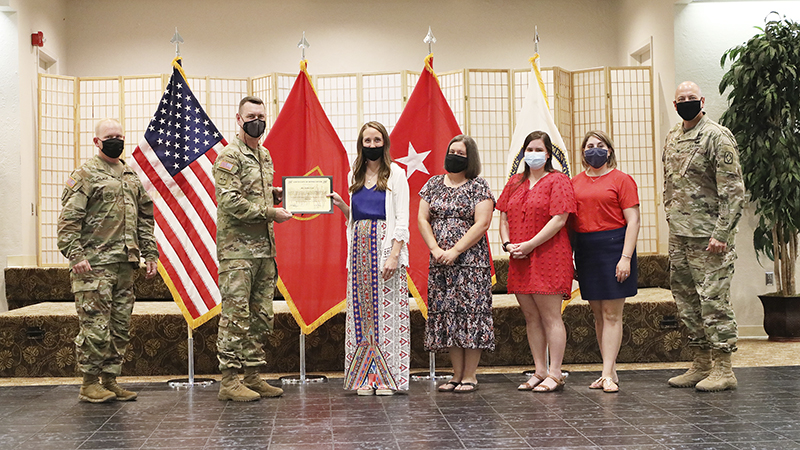 FORT HOOD, Texas — Nederland native Kaitlin Cook began her time as a volunteer supporting military families six years ago at Fort Hood near Killeen and she has been involved ever since.

She has been actively involved in the 3-13th FA’s Red Dragon Soldier and Family Readiness Group since her family’s arrival.

In addition to caring for their two children during her husband’s deployment, she organized USO sponsored breakfasts and lunches for the soldiers and fundraisers to provide Deployment Dolls to the children of deployed soldiers.

Cook says volunteering provides the opportunity to see there is more to the world than what is going on with you.

“You get to know other people and see where they come from and understand who they really are as people and what challenges they face,” she said. “The Army gives us a unique opportunity that we can help them continue to thrive and be better in the situation they are in.”

Cook’s volunteerism is getting noticed, and 3rd Battalion, 13th Field Artillery Maj. Gen. Ken Kamper, Fires Center of Excellence and Fort Sill commanding general, recognized her support to the families and soldiers of the battalion.

Cook assists the Red Dragon team in organizing a Battalion Color Run and the Red Dragon Family Shoot, which allows family members to observe their soldiers in action.

Col. David Norris, 75th Field Artillery Brigade commander, thanked Cook for her contributions to the 3-13th FA, one of six battalions in his brigade.

“Volunteers are the glue that holds families and units together,” Norris said.