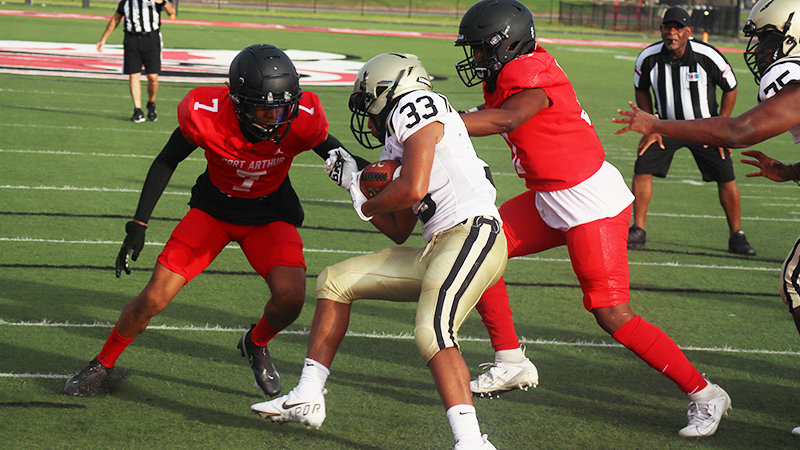 Memorial safety Devuan Davenport plays with little regard for his own body. The senior helps solidify the back end of one of the state’s top defenses.

“He plays full speed with reckless abandon,” Memorial Head Coach Brian Morgan said. “He does not care about his body and never has since he was a freshman. They told me coming out of eighth grade that he played like that every game. He does not care. He is full speed every snap he is on the field.”

That style of play helped the safety come up with a huge interception for the Titans as Lancaster moved the ball deep into Memorial territory Friday.

“That was a huge momentum swing because they were going in to score,” Morgan said. “It was on fourth down, too. He had a guy open and was scrambling. That was a huge play.”

A bad punt by the Titans gave the ball to Lancaster on the Memorial 24 with only a 7-0 lead in favor of the Titans.

After Davenport’s timely pick, the Titans increased their lead to 14-0 five plays later. The Titans went on to defeat Lancaster 27-7.

The senior defensive back gave all of the credit to the big guys up front.

“I really give it to my d-line,” Davenport said. “They forced the quarterback to move and throw the ball. I just came out of nowhere and did my thing with it.”

Morgan said Davenport has worked hard to improve his game.

“He has really matured into a smarter football player as he got older,” Morgan said. “He will strike you and he does not shy away from contact. He is a fun kid to be around and he loves football.”

Part of that hard work paid off with Friday’s interception.

“He has really worked on that part of his game,” Morgan said. “He used to be a player that struggled to catch the ball but he worked a lot on the jugs machine. We love having him around. A lot of people in the district don’t know his name, and he used to wear No. 22. Coaches will call me as ask how No. 22 is doing. That is what they know him as. He is a flat-out player. I like Dav.”

Davenport now wears No. 7 for the Titans.

The safety said his lone personal goal for the season to get an offer to play college football. 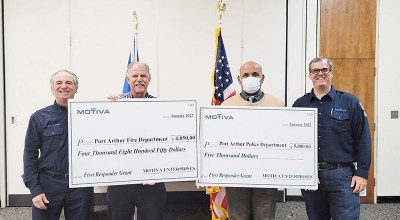