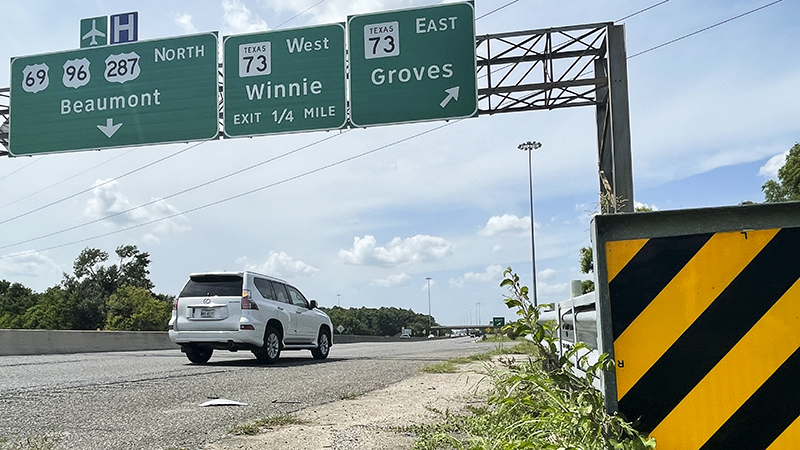 Work will begin late this year or early next year to turn the US 69/TX 73 interchange into a new turbine design. (Monique Batson/The News)

Work is estimated to begin late this year or early next year on what is, arguably, one of the most-dangerous highway intersections in South County.

Or, perhaps, not arguably at all.

“It’s a good project for the area and will definitely help with congestion,” said Martin Gonzalez, deputy district engineer for the TxDOT Beaumont District Office, of the U.S. 69/TX 73 interchange. “We have a lot of crashes in that area presently, so this is going to definitely be helpful with that.”

Gonzalez spoke this week at an event hosted by the Greater Port Arthur Chamber of Commerce, where he addressed a number of current projects. However, the largest and most-impactful was the dramatic reconstruction of the cloverleaf that connects exits to and from Port Arthur, Groves, Winnie and Beaumont. 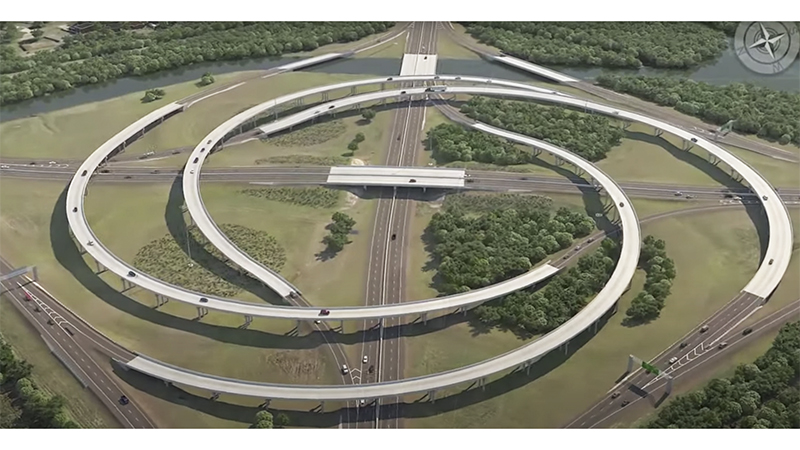 A rendering of the completed project. (Provided by TxDOT)

TxDOT held a virtual public meeting in October 2020 to gather residents’ opinions on the project.

The current plan, Gonzalez said, reconfigures the cloverleaf design into a spiral configuration.

All construction would take place in the existing right-of-way, and no additional property acquisition is required.

The estimated cost for the project is $70 million.

The tentative timeline for construction is set to begin by fall 2021. That hasn’t changed much, although it could begin in early 2022.

Gonzalez also spoke on the Gulfway Drive project, saying it was delayed this week because another maintenance contract had to be completed first.

However, work will resume soon and concrete repairs should be complete by mid-September.

Construction began in 2019 on the 3.2 miles stretch of road, which required moving a portion of the highway, associated pipelines and utilities, and upgrading the city’s existing waterline. At peak of construction, he said, there were more than 250 workers on site.

“It is expected to officially open shortly after the Labor Day weekend — weather permitting, like everything else,” Gonzalez said with a laugh.