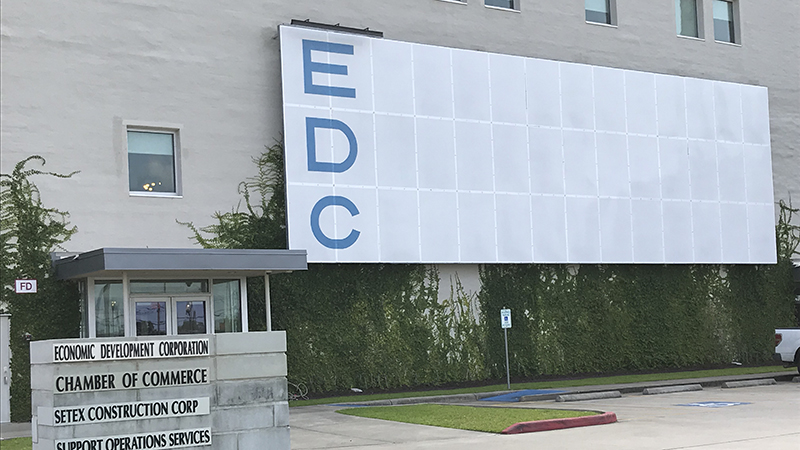 Port Arthur Economic Development Corporation leaders are set to meet next week with a full board of seven individuals including three “new” faces and an interim legal counsel.

Kaprina Frank and Jerry LaBove were recently appointed to the board following the exit of Dallas Smith and Roosevelt Petry.

Frank and LaBove have previously served on the EDC board. Newcomer Beverly Rayond was appointed to the seat left vacant with the departure of John Chirafras.

CEO Floyd Batiste, who tendered his resignation after 17 years at the helm, serves until Sept. 30. A motion was approved by board members recently to appoint Ike Mills as interim CEO while a permanent leader is sought.

Bylaws require the Port Arthur City Council to provide the final approval on PAEDC action, and the interim appointment of Mills has not reached council as of Friday afternoon.

On July 13, Germer PLLC resigned as legal counsel for the EDC, and on Aug. 6 council approved the interim employment of Davidson, Troilo, Ream & Garza PC Attorneys at Law of San Antonio for a cost not to exceed $60,000. Those funds will come from the EDC’s account.

All of the changes have occurred since July.

Despite the rocky few weeks, Batiste maintains an optimistic view for the EDC’s future.

“There is a lot of transition here at the EDC,” Batiste said. “I think the people that come in certainly understand the situation the EDC is in right now, and we will have to make some critical decisions to what direction they want to go.”

The agenda for the EDC board’s 6 p.m. Monday meeting includes, in part, the introduction of the new board members as well as a letter of resignation from EDC commissioner Dallas Smith and a letter from Batiste.

“I think the overall composition of the board, the board members, whoever comes in will get good direction,” Batiste said.

A call and email seeking comment from Ike Mills were not returned as of noon Friday.

Port Arthur Councilman Rev. Donald Frank, addressing the transition in leadership at the EDC, said he “looks forward to getting back on track and continuing to do the business of the PAEDC in the best manner in which it’s always been done.”

As for the resignation of Batiste, Frank said it was a decision Batiste made and the PAEDC board accepted.

“I appreciate everything he has done for the past, I believe, 17 years,” Frank said. “Life goes on and situations and circumstances transpire and we wish him well as he goes.”

The upcoming meeting has a number of items dealing directly with the organization: