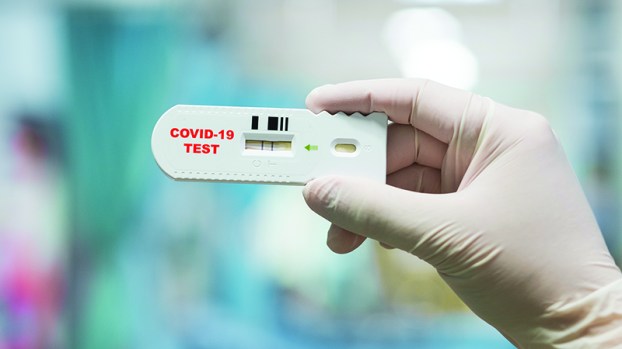 Jefferson County officials are expected next week to announce the opening of a free COVID-19 testing site following a week that has seen more than 650 new cases and 28 deaths.

“At completion of Commissioner’s Court next Tuesday, the office of emergency management will immediately publish dates, times and locations of testing sites,” Getz said in a written statement.

The question of free testing was raised by Commissioner Bo Alfred at an Aug. 17 meeting when he asked Jefferson County Judge Jeff Branick to look into free testing, as testing is widely available but generally requires co-pay through a primary care physician, appointments that aren’t available for days, or difficulty finding testing on a weekend.

On Monday Jefferson County joined those of Orange, Hardin and Jasper to open a regional monoclonal antibody infusion treatment center to help COVID patients before their symptoms require hospitalization. Located at 5550 Eastex Freeway next to the Target in Beaumont, the treatment center is expected to increase the number of daily infusions by 500 percent.

As of Thursday evening, it had administered 608 doses.

The center is staffed by the state and paid for by the four counties through the American Rescue Plan Act.

“I’m going to tell you right now, there are no beds in our hospitals,” Branick said Wednesday while speaking at an event by the Greater Port Arthur Chamber of Commerce. “There’s no ventilators in our hospitals. We are inundated with patients at our local hospitals — many of which are COVID patients who are…sitting on gurneys for many, many hours. Sometimes 36-48 hours in the emergency room because there are no beds available.”

The judge then said some non-COVID patients requiring hospitalization have been sent as far as Maryland for an available bed.

It’s been a challenging few weeks for schools, too, as the 2021-22 year began this month but has already caused the cancellation of some UIL activities.

On Thursday evening, the Port Arthur Independent School District School Board voted to put mandatory masking back into the dress code, despite previous executive orders from Gov. Greg Abbott that prevented public schools and government entities from doing so.

“Kudos to (PAISD Superintendent Dr. Mark Porterie) for having the courage to stand up and say, ‘We’re going to be wearing masks,” Dr. Betty Reynard, president of Lamar State College Port Arthur, said during a Thursday presentation to the Port Arthur Rotary Club. “We can’t do that, but what we’ve done is plaster signs all over our campus asking students to wear a mask. When I leave my office, I always have a mask on and I have a handful of masks with me. So when I’m walking down the hall and I see somebody without a mask, I hand them a mask.”

Reynard said their COVID numbers are increasing, but school officials are encouraging mask use and vaccination because they do not want to reach another shut-down as it impacts enrollment.

“I worry about different things that happen on campus, but the true test of what I’m really worried about is what keeps me awake at night,” Reynard said. “All of the other things — the weather events — we’ve learned how to do that. But COVID… not so much.

Other schools in Mid and South County are also making changes to help mitigate the spread of the virus and inform parents.

Nederland ISD officials added protective shields to students’ desks. Port Neches-Groves ISD implemented an online tracker that displays each staff and student case by campus and grade level. It can be found on the district’s website.

“I’m going to get on my soapbox and tell you the same thing that Jeff Branick told everybody at the meeting (Wednesday),” Reynard said. “If you care about anybody that you live with or yourself, get vaccinated. The hospitals right now are full. Not only are they full, they don’t have the medication to put people to sleep to intubate them. They are borrowing medication among the hospitals. It is very serious in this area. I joke about a lot of things, but I do not joke about this.”

A change to the Port Arthur Independent School District dress code has made masks mandatory for dress code compliance. “The... read more