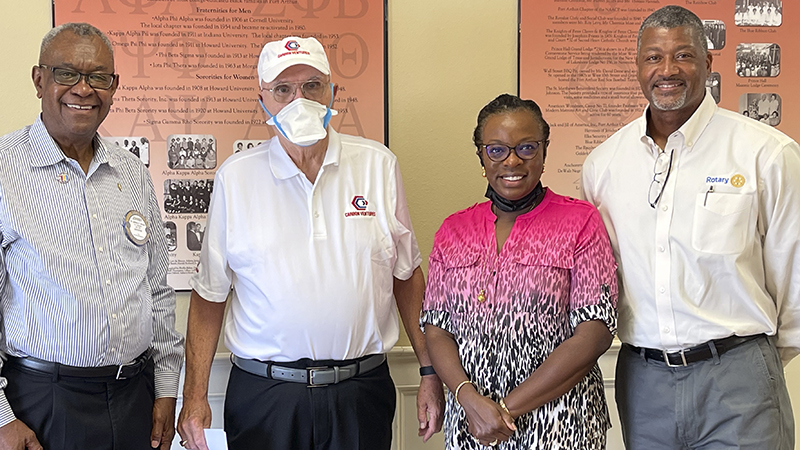 A goal long in the plans was complete this week when the Port Arthur Rotary Club gained state non-profit certification, allowing tax-deductible donations that could further the organization’s projects in the community.

One of the large benefits, said Rotarian Rusel Buss, is the certification now allows companies to make tax-deductible donations.

“There is an H-E-B…(that) is going to help us because they will donate, provided we have a (tax ID) number that they can have,” Buss said. “Same with Walmart.”

Two of the largest programs coordinated by the service organization are the Taste of Gumbo and annual scholarship giveaway — the former directly supporting the latter.

For three decades, Taste of Gumbo has brought together hundreds of residents and a multitude of local vendors that put unique twists to the popular dish.

Last year, due to pandemic restrictions, the event was reformed into a dive-through. However, that did not stop the popular event from thriving.

“We’ve been working so hard to do this because we’ve been trying to increase, one, our donations to the scholarship program,” said Rotary President Art Thomas, “But, two, we want to make sure we can do more in the community as far as the Taste of Gumbo, getting out in the community and getting more involved.”

This year, the Rotary Club gave approximately $47,000 in scholarships to Port Arthur students.

“It’s increasing,” Thomas said of the scholarship program. “We’re getting more participation from the kids. We are encouraging kids more, so we’ve reached out to the sponsors as far as teachers and counselors to get the kids more involved.”

Other service projects for the organization include supplying all area third graders with dictionaries and projects for Thanksgiving and Christmas.