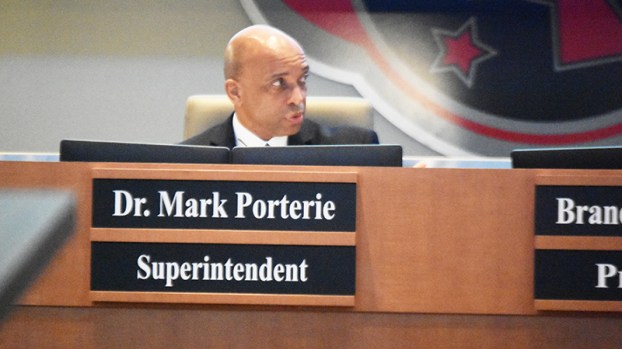 A change to the Port Arthur Independent School District dress code has made masks mandatory for dress code compliance.

“The mask mandate, we understand that — and I will say that in talking with some of you and I’ve heard you — we understood that that the governor did institute that we could not mandate masks and we teach our children that we follow rules and we’ve got to be models for that,” PAISD Superintendent Dr. Mark Porterie said Thursday night.

“So we have chosen to change our dress code and to place masks in our dress code, which has worked. I will say we’re not going against the governor. What we’re doing is taking care of our children and our staff in the best way we know how.”

Porterie further explained masks must be appropriately sized for the student’s face and must be worn over the nose and mouth. No obscene, inappropriate, vulgar or blatantly offensive words or pictures are appropriate.

Masks may not advertise tobacco products, alcoholic products, drugs or other prohibitive substances.

School attendance, Porterie said, has increased over the 11 days school has been in session.

The first day attendance totals showed 6,256, where last year that number was close to 8,000. Then, as the days progressed, the last attendance number came in at 7,870, Porterie said.

Porterie said there’s no data to prove the increase is tied to the mandatory requirement of masks for students and staff, but it took place once the mandate was in place.

In other PAISD news, longtime trustee Robert Reid stepped down from his post due to a change in residence.

Reid, who was first elected to the board in May 2013, recently moved; and while he and family are still in the city of Port Arthur, they are now in a different school district, thus the reason he could no longer serve.

He said one of the best decisions made during his time as a trustee was the decision to hire Porterie as superintendent, a sentiment that was echoed by other trustees.

“There are no beds, there are no ventilators” — Local officials describe COVID surge severity