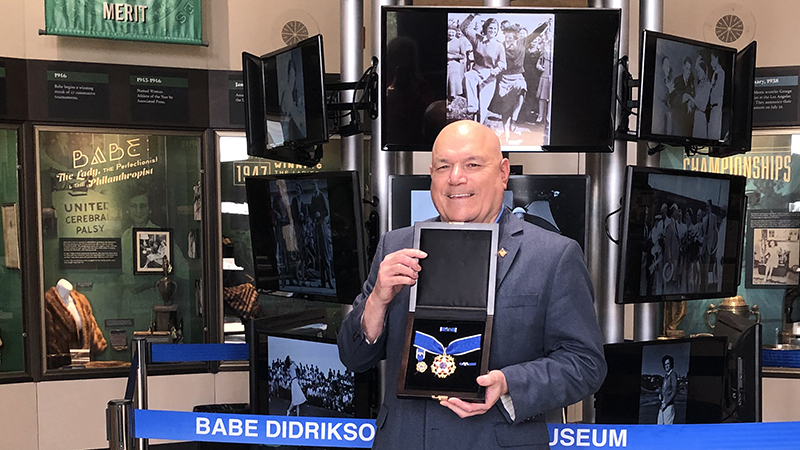 Somewhere up above the late W.L. Pate is smiling over an out-of-the-blue proposal to enhance the exterior entryway to the Babe Zaharias Museum in Beaumont. He’s probably also telling anybody who will listen that it’s just one more example of the “world’s greatest female athlete” being an inspiration to someone who never knew her.

That someone in this case is a Minnesota native and Austin resident named Julia Suits whose credentials in the art world are eye opening.

Suits’ resume is too lengthy to completely document in this space today, but it starts with an MFA in Sculpture from The Ohio State University and includes being a medical illustrator for Tulane University Medical School and Fairview Hospitals in Minneapolis. She’s also been a cartoonist for New Yorker magazine since 2006.

Back in 1980, Suits convinced her future husband to stop at the museum of her childhood hero – the Babe – on a trip through Texas. Unfortunately, the museum was closed. But she remembers looking through the door and being thrilled over the proximity to the female athlete she had long idolized.

Before and since then, Babe has never been far from Suits’s mind. She read about her in magazines and newspapers, fawned over her in newsreels at movie theaters, played golf and baseball against boys, ran marathons and got into sports such as tennis, cycling and rowing.

Now fast forward to 2021 and Suits’s proposal to the Zaharias Board of Directors. Here’s how she began: “My name is Julia Suits, a Texas artist and illustrator and, like each of you, a life-long ardent admirer of Babe Didrikson Zaharias.

“I write today to offer a proposal to update and enhance the museum exterior entryway, by replacing the 45-year-old metal artwork of Babe on the façade with an updated image; one that better represents Babe as she actually looked. A depiction that would make sense to contemporary athletes and to the general public.

“It would be an accurate depiction not only of Babe, but also the current standard of female athleticism today: Graceful. Muscled. Proud. Feminine. Dynamic. Ideally this project’s completion would coincide with the completion of the Presidential Medal of Freedom kiosk, ready now to be built by Southwest Museum Services.”

Suits continues at some length about exactly what she wants to do and why she wants to do it. She aspires to replace the current artwork of Babe holding the javelin with an artwork of her poised to throw the javelin. She suggests relocating the removed figure somewhere on the grounds as an exhibit piece.

The replacement, in Suits’s words, would be “An artwork with a wow factor.” She champions her design as one that accurately shows Babe’s physique and athleticism that we’re familiar with. “We look at it and say, ‘Yep, that’s Babe,’ “ she writes.

“The new design would make for instant curb appeal, and at nightfall with colored lights directed at it (the same color scheme of the new indoor lighting) it would be a Beaumont display attracting more eyes from the highway. I believe the new artwork would generate pride from citizens of Beaumont, out-of-town visitors and even Babe and W.L. if they could only see it.”

By now, you may be thinking this is a terrific idea but how much is it going to cost and who will pay for it. Good questions. Suits, who would be donating her time and talent, and spreading the word on her substantial social media platform, has priced the project out at $4,850.

She suggests existing museum funds if available. If not, she has offered to manage a Go Fund Me page, approach potential major donors like the LPGA, Nike, Adidas and others and possibly supplement from the W.L. Pate Memorial Fund. One thing she didn’t figure in, however, was a benefactor named Don Van Natta.

The author of a terrific book on Zaharias titled, Wonder Girl, and someone still pushing for a movie, Van Natta loves Suits’s idea so much he is promising a “significant contribution” toward the cost by way of a donation to the Zaharias foundation in memory of Pate. He has contacted all Zaharias board members with his offer.

Bottom line, this entire concept is almost too good to be true. Julia Suits seems like a Godsend for the Babe’s memory, ongoing legacy and a museum with new life. 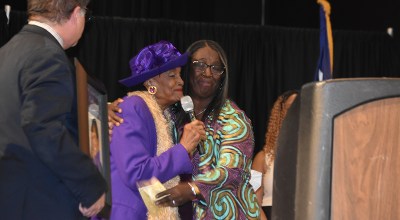 CHRIS MOORE — Getting on the same page for…