Covid-positive? Here’s how to get treatment at the new infusion center 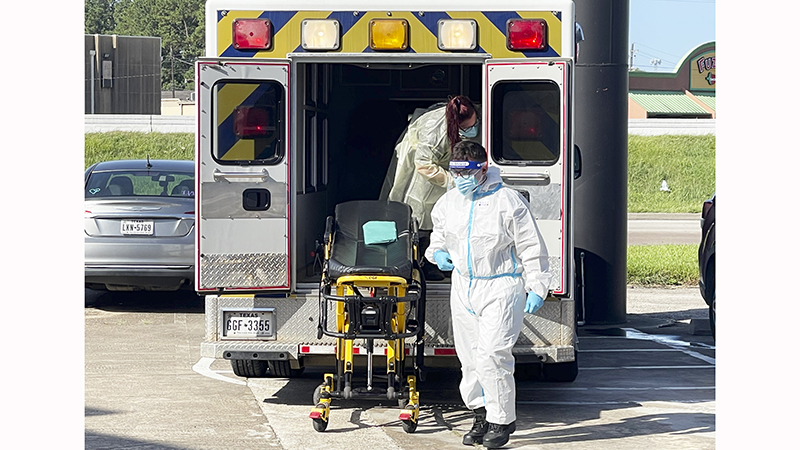 Of those 792, Mid and South County saw an increase of 210, according to numbers reported by both the Port Arthur Health Department and City of Beaumont.

“Obviously this is something that has impacted all of us personally,” said County Judge Jeff Branick Monday morning as he stood at the site of the new infusion center, located in the former Golden Triangle ER on Eastex Freeway near the Target parking lot. “We’ve all had friends who have passed a way due to COVID.” 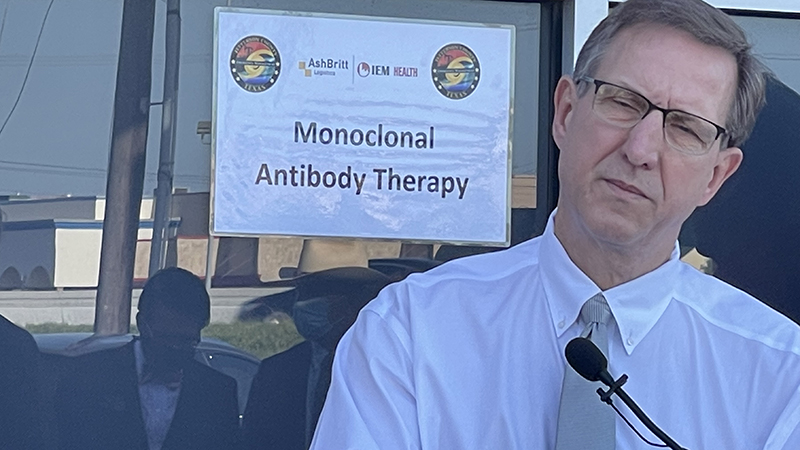 The local infusion center was first announced last week as a joint operation for Jefferson, Hardin, Orange and Jasper counties. Government officials from each county, as well as medical personnel from all three local hospitals, were on site Monday to address the opening of the center.

“Our hospitals are still very much so deeply saturated and in a crisis situation,” said Angie Hebert, vice president of communications for the Medical Center of Southeast Texas. “We maintain increasing numbers every single day at the Medical Center. Our numbers have yet to flatten. We continue to see a rise in cases, unfortunately.”

Hebert said the region is one of the leading in the state for rising COVID-cases.

The infusion center is intended to treat COVID-positive patients prior to the need of hospitalization by using Regeneron’s monoclonal antibody treatment.

The infusion center, county officials said, will increase the number of daily treatments by 500 percent, or up to 150 patients per day. A trial run was done over the weekend in which 80 patients were given the treatment. 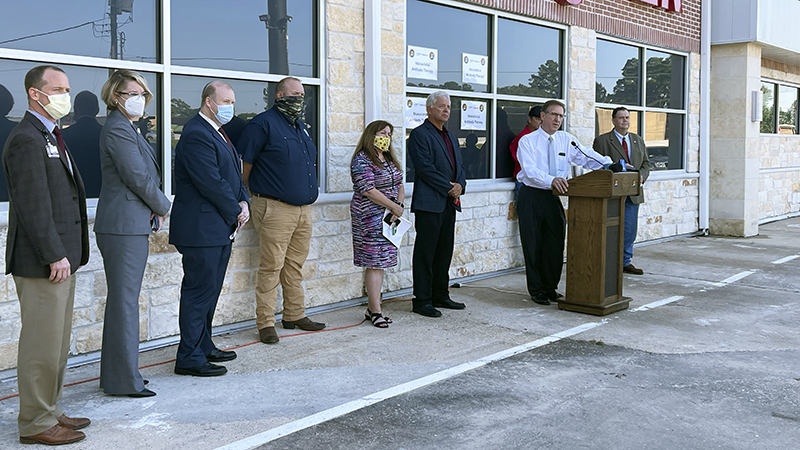 Branick said the important thing is that people get tested “quickly on the onset of symptoms, make sure they get here earlier rather than later — especially prior to the time that they might start to suffer from oxygen deprivation.”

According to information released during last week’s Commissioners Court meeting, the facility will be leased for $1,300 a month, split between the four counties based on population, with an estimated $2,000 per month going to utilities.

Funds will come from the American Rescue Plan Act.

“We’re going to watch and see,” Branick said of how long the center will be open, and continue to collaborate with the Texas Division of Emergency Management. “We’ll continue to watch (new cases) and hopefully have this here as long as there is a need.” 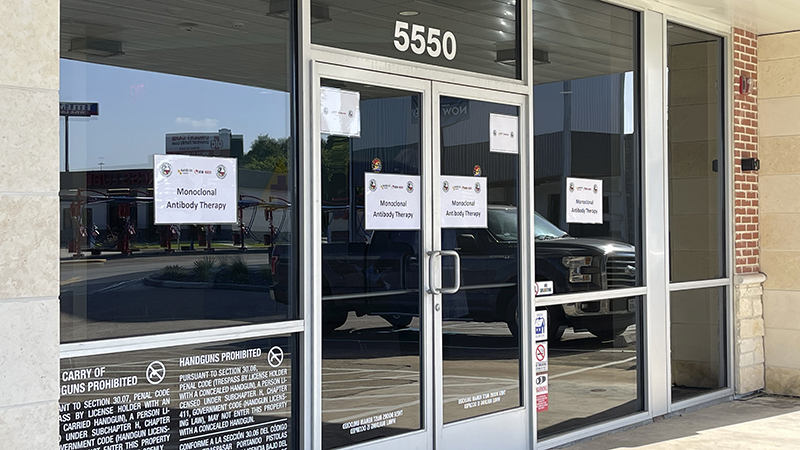 The region’s new infusion center, which opened Monday, is located at 5550 Eastex Freeway, near the Target in Beaumont. (Monique Batson/The News)

Texas Health and Human Services has been working with government entities across the state to launch infusion centers in a multitude of regions.

The center will be staffed by the state.

“None of the hospitals are contributing staff,” Hebert said. “Unfortunately we cannot afford (to loan) any staff.”

How to get an appointment

Those in need of infusion treatment should be referred by their primary care physician, but can also call the hotline at (409) 550-2536 to schedule an appointment.

Patients must be COVID-19 positive for treatment. The center will operate 7 a.m. to 7 p.m. Monday through Sunday.