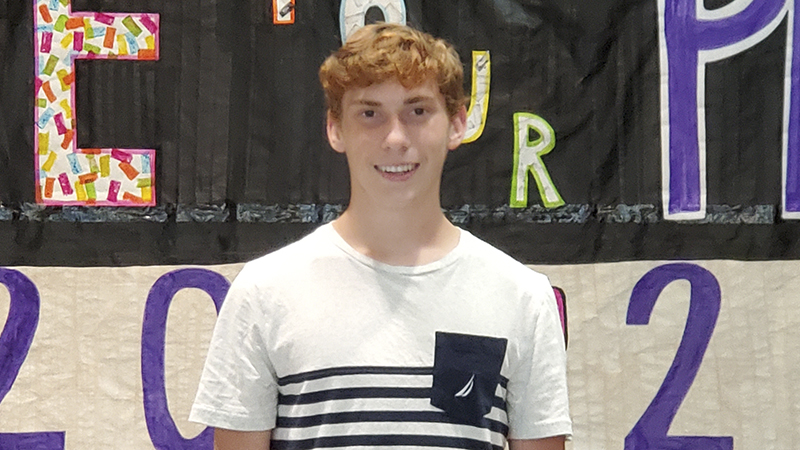 PORT NECHES — Self-motivation is a commodity Cyrus Bronson has in large quantities.

The Port Neches-Groves High School senior tapped into that quality to better himself intellectually, physically and spiritually.

Those who have met Bronson at work at Walgreens in Port Neches or in person may know he is fluent in Spanish. And though he spent part of his childhood in Honduras, and returns for visits with family there, he actually had to work to regain that knowledge.

Born in the United States to an American father and Honduran mother, Bronson and family moved to the Central American country when he was six months old. He returned to the U.S. when he was 4, having skipped back and forth between the two countries.

His mom’s family is from the island Guanaja in Honduras, where English and Spanish are used, so he grew up hearing both languages.

His dad had health issues when Bronson was 4 and his family moved back to the States for better health care and for a better education for him and his twin sister. Sadly, his father died when Bronson was 5.

Though Bronson could speak Spanish, he felt he didn’t know it enough to speak it properly so he worked with his aunt, who is also from Honduras. And while his mother was at work as a nurse, he pushed himself to become better at Spanish.

“I kind of self-motivated myself,” Bronson said. “I’d make vocabulary lists. I’d write out the words in English and then I’d write them in Spanish, and Google translate would help me. Then I’d ask her to check them for me and she also taught me verbally.”

Now he is able to help translate at Walgreens pharmacy.

He also uses that knowledge at Groves Community Seventh Day Adventist Church. The church has services in English and Spanish, and he recently started translating, which allows the man who regularly has this task to focus on sermons. 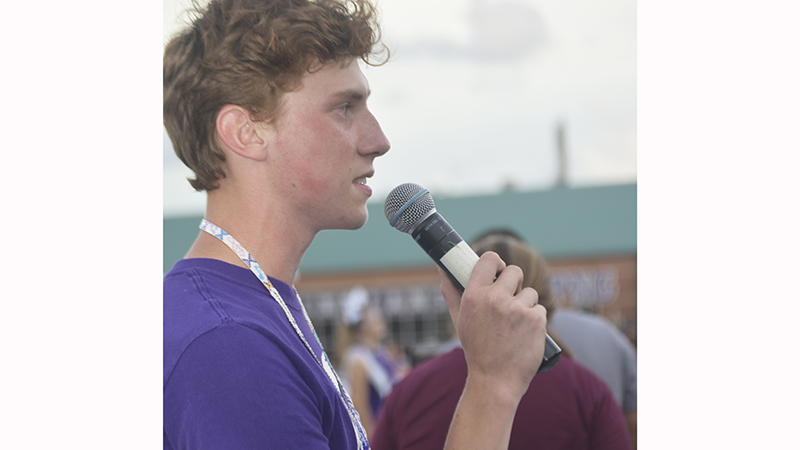 Bronson said he isn’t sure where the motivation comes from but it is something he works at.

“Every morning I wake up and try to do a devotional,” he said. “I know it’s religious but that is one of my motivations. I wake up in the morning and try to look on more of a positive outlook and keep that in my mind.”

He also keeps a journal, he said, while noting he did skip some days during the summer so the journal is missing about five days.

He uses his motivation as he grows spiritually. Though his church he learned of a mission outreach and signed on to sponsor a child from Indonesia.

While some were choosing 1-year-olds he decided to choose a teenager because they don’t usually get chosen. They correspond through letters, which are translated along with a video, which is in that child’s dialect.

Even though he may not be able to fully communicate with the teen, he knows the money from his sponsorship has gone to build a well and repair the youth’s family farmhouse.

Bronson is an athletic person and is motivated to get back to running again, he said.

“I also used to run (a mile) every morning. I have to get back on track with it,” he said. “During the summer I’d do it but now that school has started I’m having to wake up earlier and I miss my runs.”

Bronson is in all advanced-placement classes and shares the top rank at the school with two other students.

Plus he is a member of the National Honor Society, History Club, Spanish Club and First Priority, a faith-type club.

And though he feels English is not his best course, he excels at it.

“English has always been a struggle for me,” he said. “I was in ESL (English as a Second Language) and speech class so I don’t know how this happened.”

The senior had to compose a poem and used the nearby waterway as inspiration. The five verse poem impressed a teacher who suggested he submit it and he ended up winning the Scholastic Art & Writing Gold Key Award from the Alliance for Young Artists and Writers for the poem regionally.

Had he won the national honors, he would have traveled to New York to receive the award.

PNG High School Librarian Candice Curran said Bronson is an outstanding student in and out of the classroom.

“He has a unique perspective, gets along with just about everyone and is extremely well-rounded,” Curran said. “Cyrus is a pleasure to be around because he works hard but also makes everything so fun at the same time.”

From Spanish to surfing

On family trips back to Honduras, Bronson enjoys longboard surfing.

He said the island Guanaja features white sand and pristine waters, but he hasn’t had a chance to take to the waves there due to the pandemic. But he has had a chance to surf at Surfside, where some other relatives live.

His cousins there showed him how to surf a fish tail board, something a bit more advanced but fun to learn.

He often hears from people who knew his father, Paul Bronson. The elder Bronson was director of Respiratory Therapy at Lamar University.

“I have people walk up to me all the time,” he said. “I go to a barbershop and someone recognizes my name or at the pharmacy someone (says) ‘I remember you.’ ‘What?’ ‘Yeah, you used to be in your dad’s little office.’ It’s shocking because they tell me not only how great he was but as a teacher he was always there for them. As a mentor, he made them happy. He really gave them a passion for (work).”

He said he is learning his father’s legacy and sees his mother’s willingness to work nights all the time to take care of him and his sister.

His mother, Donna, is also an inspiration.

“The involvement she has to help people inspires me,” he said of the nurse.

He also knows there are others in the world not as fortunate. When visiting Honduras a couple of years ago, there were protests and turmoil following an election. He watched the TV trying to understand the depths.

He remembers a taxi ride across a bridge to another city moving past guards and seeing burned areas. After the ride they arrived to the tropical beauty of the island his mother’s family is from.

“I pledged to myself and God that I will go back and help people,” he said.

Bronson plans to become a doctor after majoring in biochemistry.

“After I finish pre-med before I get to medical school or wherever I find time in between, I want to go on a mission trip and go back and help people in Honduras or countries around there,” he said.

He hasn’t decided on an area of specialization, saying he was thinking of going into plastics — “that could totally change” but if he did he could help children with a cleft nose or burn victims.

“I have no focus, I have no clue what the future holds. I’m just excited,” he said.