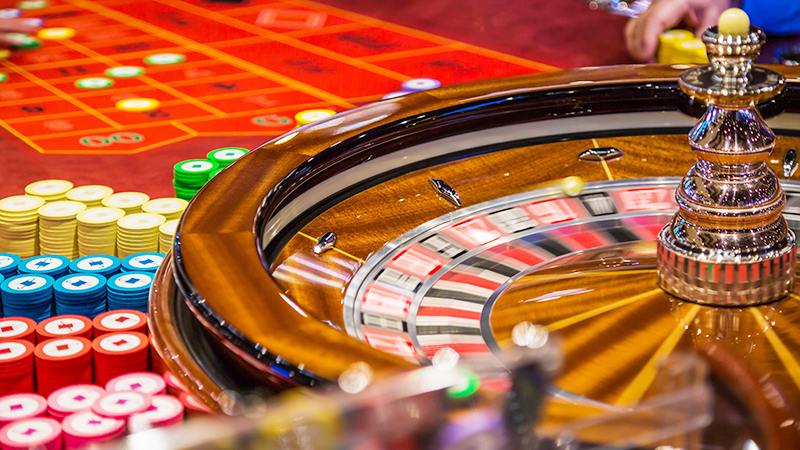 Port Arthur and Mid County gaming fans can expect a new name and upgraded attractions for one of the region’s top’s casinos.

Isle of Capri Casino has been renamed Horseshoe Casino Lake Charles following last week’s approval by the Louisiana Gaming Control Board. The new identity brings with it a series of improvements to revamp the hurricane-battered riverboat casino property into a state-of-the-art land-based facility that is expected to open by the fall of 2022.

Officials with Caesars Entertainment, Isle of Capri’s parent company, said in a news release the plans, subject to gaming control board approval, call for more than 60,000 square feet of casino space; nearly 1,000 slot machines and table games; a World Series of Poker Room with 10 poker tables; a Sportsbook location for sports betting; a renovated 250-plus room tower hotel; and new restaurants.

The gaming board heard an update on the project from Dan Real, Caesars south regional president, and Jeff Favre, Isle of Capri general manager.

Real spoke of the long 18 months that included the COVID-19 pandemic, followed by the destructive Hurricane Laura last August and Hurricane Delta last October. The hurricanes essentially put any renovation work on hold for months.

“It’s been very difficult,” he said. “Seeing our team members back in Lake Charles gives us a lot of hope to get this property up and running again. We’re very proud of the project we’re putting together.”

Act 469, approved by the Louisiana Legislature in the 2018 session, allowed riverboat licenses to relocate within 1,200 feet of their berth to a land-based space. The gaming board in December 2019 approved the Isle relocating its riverboat casino to land, the first to get state approval. At that time, the casino was set to be rebranded as Eldorado Resorts. Eldorado completed its $17.3 billion purchase of Caesars in July 2020 and took the Caesars name.

The gaming board’s approval allows for demolition of the Inn – the older hotel on the Isle property that sustained severe damage from Hurricane Laura. Favre said it’s a smarter financial move to use the money set aside to renovate the Inn on upgrading the tower hotel rooms.

The board approved the old Isle of Capri riverboat to be sold. Hurricane Laura’s 150-mile-per-hour winds pushed the riverboat and wedged it underneath the Interstate 10-Calcasieu River bridge. Favre said there is a contract to sell the riverboat to a licensed gaming supplier.

Ronnie Johns, gaming board chairman, said the updated plans for the Horseshoe Casino is good news for Southwest Louisiana, Southeast Texas and the greater casino community.

The Thursday meeting was Johns’ first as board chairman since being appointed by Gov. John Bel Edwards in July. Johns resigned his District 27 Senate seat to serve on the board.

“We’re very excited about what they’re building there,” he said Friday. “It’s going to be a much nicer property than what we envisioned.”

Favre said the roof is 85 percent replaced. The property also includes a new lift station, a chilled water plant to provide the entire facility with air conditioning and heating, and a new 14,000-square-foot warehouse.

In addition to the Horseshoe Casino approval, the board also approved emergency rules to allow casinos and four racetracks to move forward with temporary facilities for sports betting off the gaming floor.

Johns said some of the casinos could take in-person bets by mid- to late-September. The emergency rules are in effect for 180 days and can be renewed for another 180-day period.

— Written by John Guidroz of the American Press in Lake Charles, Louisiana.