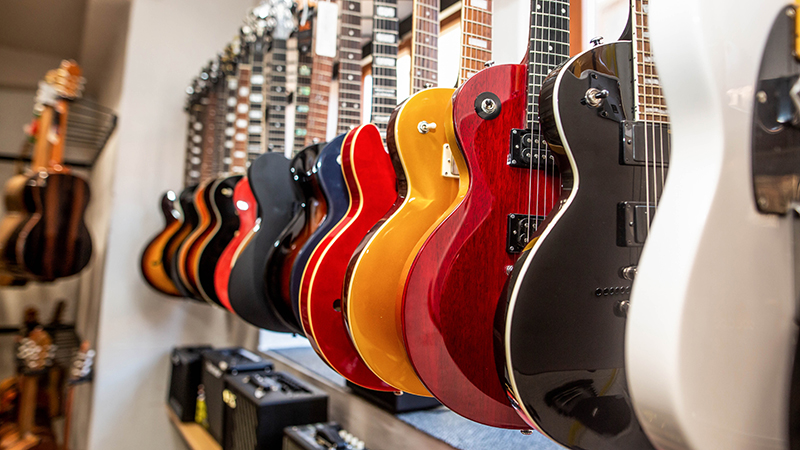 VIDOR — Vidor, having completed the multi-step certification process, has been designated as a Music Friendly Community by the Texas Music Office.

“Vidor in particular has had an outsized influence on the country and western music genre. I am proud to represent the people of Vidor and look forward to seeing the impact the city’s status as a Texas Friendly Community will have on House District 21.”

The City of Vidor and the Texas Music Office invite the community to celebrate the designation Tuesday at Vidor City Hall from 3-6 pm. 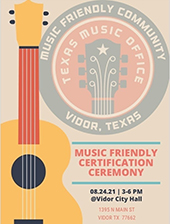 A community celebration is planned.

According to the City of Vidor event organizers: “There will be cake, cookies, refreshments, and, of course, music.

Plus, attendees can take a personal tour given by a member of the Band of Bands, the VHS Mighty Pirate Marching Band, around City Hall and the ‘Walk of Fame’ row of stars.”

Cities working through the certification process include Houston and Dallas.

“With support from the Texas Music Office, in 2019 the Texas music industry created more than 210,000 direct and indirect permanent jobs in communities all across the Lone Star State and generated $27.3 billion in economic activity,” Abbott said.

“Music Friendly Communities certified by the Texas Music Office are serious about attracting and developing the local music industry to spur job creation and economic growth. I congratulate Vidor on earning the Music Friendly Community designation, and I look forward to amplifying their continued success.”