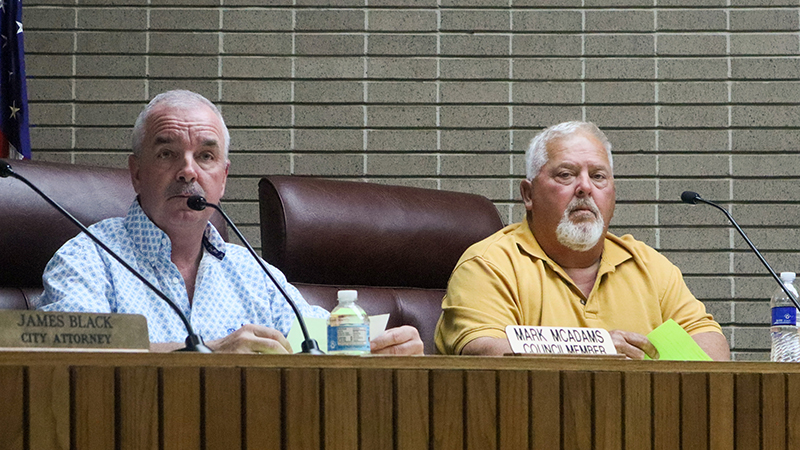 At the close of Monday’s city council meeting in Groves, Mayor Pro Tem Sidney Badon took an opportunity to address those in attendance. During a time designated for council comments, Badon lifted up a sheet of paper and began reading while trying to fight back emotions.

After serving on the council for nearly a quarter of a century, Badon said he would not run for reelection in November.

Badon said he had been contemplating running again for some time and initially threw his hat in the ring back in June.

On Monday, Badon said he ultimately decided against it after speaking with his wife.

“It was tough,” he said about making the decision to not run. “I have a lot of good friends here. We have been through a lot. My wife put the icing on the cake. She wasn’t ready for me to leave. She didn’t care either way. She said something. I am not going to say what she said, but when she said it, it just clicked. It is time.”

Badon said competition for the seat played a role in the decision.

“My heart has been here for 22 years,” he said. “There has never been this many people active. They have some good people running. I believe the choice they make will be a good one.”

Badon said he is most proud of the work the city has done to improve streets and parks as well as removing dangerous structures.

He said his love for the city hasn’t dwindled and he plans to stay involved.

“I will still be here,” he said. “I am thinking about going back to being on the board of adjustment. I started on the planning and zoning commission 22 years ago. I was taught by a man a long time ago that if you don’t like the way something is being done, fix it and be involved. That is what I believe.”

The councilman said people can still reach out to him.

“My phone number has been the same for well over 40 years,” Badon said. “I am not changing it and people can call me whenever they need. I don’t have to put up with not doing some things I want to do because I am a councilmember.”

Badon said he will make an endorsement for his seat after meeting with candidates.

“I don’t know where I am going yet,” he said. “There are two that I have to figure out. I wouldn’t support two of them for no reason, but the other two are great and very good men.”