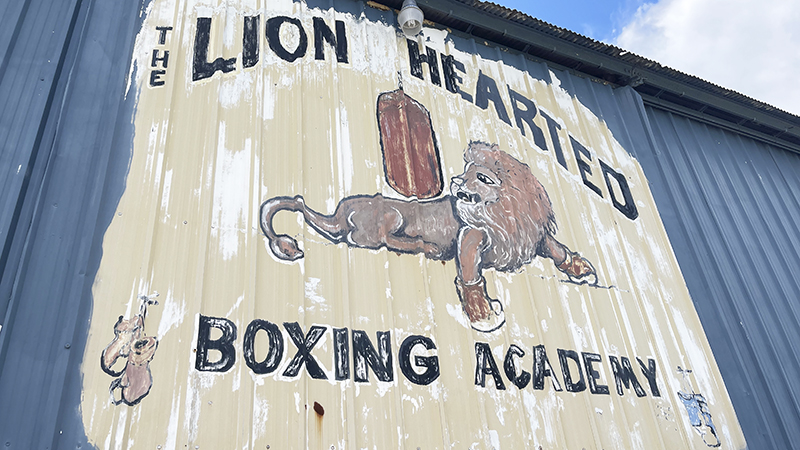 A Port Arthur boxing academy gained City Council approval Tuesday to host a multi-state competition that aims to benefit the local economy and also honor the memory of a community leader who worked to mentor area youth.

While the name hasn’t been set in stone, Shepherd said, the goal is to honor Brown, who opened Lion Hearted Boxing Academy in the mid-2000s.

The gym, located on Augusta Avenue, was established to offer boxing lessons for underserved youth, according to his March obituary published after he lost a battle with prostate cancer.

Shepherd said the boxing academy has previously used the old YMCA for a boxing match with a good turnout.

“It’s all positive,” he said. “It’s all about the kids. It’s not about money — we’re a non-profit organization. We’re trying to give back to the community.”

Shepherd said the event will bring in boxing groups from all over Texas and Louisiana, which will also benefit the local economy as groups from out of town often stay in local hotels and eat at local restaurants.

“I applaud you,” said Councilwoman Ingrid Holmes. “Eddie Brown was a person who cared about this community. He was not only my classmate, he was my friend.”

Brown graduated from Lincoln High School in 1977. In addition to operating the gym, he was a barber that often provided haircuts for the youth at the former Minnie Rogers Juvenile Detention Center.

The gym, Shepherd said, was a way to steer kids in the right direction.

“I remember when Eddie started this,” said Councilman Thomas Kinlaw. “He wanted to get kids off the street and out of trouble.”

The proposed event is scheduled for Sept. 18 and will include 30-45 bouts “involving boys, girls, women and men,” according to a proposal made by Shepherd to city officials.

And he is certainly no stranger to the sport. His father, Calvin Shepherd, is a 1970 Lincoln High School graduate who served in the U.S. Marines, where he earned an All Marines Boxing Championship, according to his bio with the Museum of the Gulf Coast’s Hall of Fame. He went on to fight in four world title fight cards.

Shepherd Jr. said they hope to turn the upcoming match into an event that happens quarterly.

There is a $10 entry fee, which goes to pay referees, judges and other associated expenses.