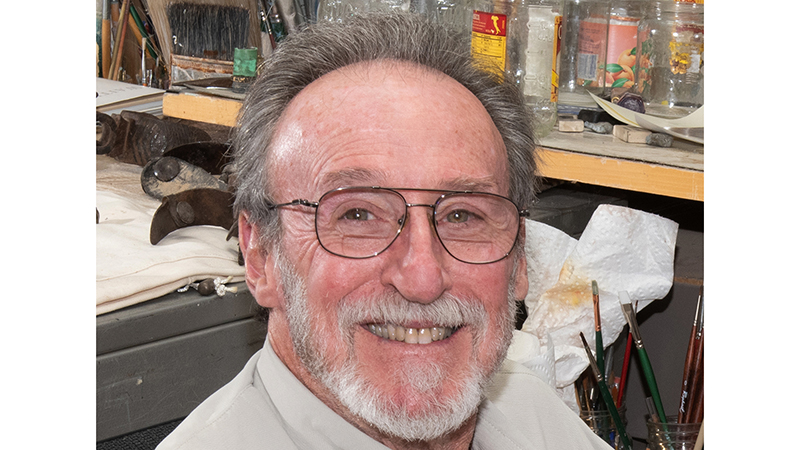 Ragan was born in Rosebud, TX in 1944 to Doris and Paul Gennusa, and grew up in Port Arthur.

Between spending time on his grandparents’ farm in Central Texas and fishing and hunting on the Gulf Coast, Ragan developed a life-long fascination with nature and the outdoors.

His artistic talent became apparent early in life.  He soon realized he wanted to pursue art as a career.

Excelling in athletics at Thomas Jefferson High School in Port Arthur, Ragan achieved an All- State award in Track.

He was chosen All-State Quarterback for the Yellow Jackets in 1963. When the University of Texas offered him a football scholarship, Ragan seized the opportunity to study art.

In later years he credited his athletic training for instilling the values of discipline, courage, and tenacity he would need to overcome challenges in life and in pursuing his career as an artist.

Ragan graduated from the University of Texas with a Bachelor of Fine Arts degree in 1968; he began a career in art that focused on the animals and landscapes of Texas,  and is best known for his portrayal of the iconic Texas Longhorn.

Ragan was inducted into the UT Athletics Longhorn Hall of Honor in 2019 and the Museum of the Gulf Coast in 2019.

His work is displayed in private and corporate collections nationwide, and in the UT/Austin Alumni Center.  Ragan is also known for a trilogy of paintings celebrating the UT Longhorn march toward their national football championship in 2005.

Ragan was full of stories, and enjoyed sharing them with his friends.

He was happiest at his home in Dripping Springs in the Texas Hill Country,  where he kept his Longhorn cattle.

He is survived by many loving friends.  Ragan’s family is especially grateful to  Dr. Jesse DeLee and wife Pat, who so generously cared for Ragan through his illness.  Family members include sister Lanell Mikeska and husband A.J.;  nieces T. Lynn Mikeska, Kara Rose and Lindy Gennusa; and nephews Mike Mikeska and Paul N. Gennusa III.

Ragan’s life will be celebrated at a private gathering.

Memorials for Ragan Gennusa may be sent to the Museum of the Gulf Coast, 700 Procter St., Port Arthur,TX 77640. Ragan was inducted into the museum in June, 2019.