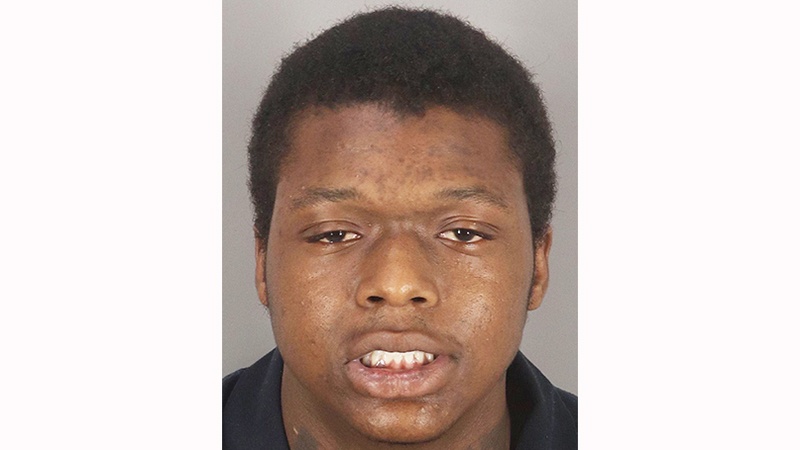 Less than five months after Port Arthur Police said a local teenager confessed to shooting a resident during a violent carjacking, the defendant pleaded guilty to federal violations and faces a possible life-in-prison sentence.

Acting U.S. Attorney Nicholas J. Ganjei made the announcement Wednesday, saying Charles Robert Knatt, 19, pleaded guilty to carjacking and use of a firearm during a crime of violence before U.S. District Judge Marcia A. Crone.

Knatt was indicted May 6 by a federal grand jury. He faces up to life in federal prison. A sentencing hearing will be scheduled after the U.S. Probation Office completes a presentence investigation.

“Today’s guilty plea represents another step forward in getting justice for the victim of this senseless and violent crime,” Ganjei said. “I am thankful for the hard work of the Port Arthur Police Department and the ATF in helping bring this case to a successful conclusion.”

According to court documents, on March 15, law enforcement officers responded to a carjacking and shooting in Port Arthur and found a man shot in the arm at his residence.

The victim told officers he remote-started his truck from his home before leaving for work at 4:30 a.m.

As he left his residence, he was approached by Knatt, who was armed with a gun. Knatt demanded money from the victim and the keys to his truck. Knatt gave the keys to an accomplice, who entered the driver’s seat, while Knatt entered the passenger side of the truck.

The victim ran back to his house and began to ring his doorbell, at which point Knatt exited the truck and shot him.

Security cameras at the victim’s home captured the carjacking and shooting on video.

Three days later, Knatt turned himself in to police after seeing news reports about the carjacking and shooting. Knatt admitted to law enforcement that he stole the victim’s keys and shot him.

This case is being prosecuted as part of the joint federal, state and local Project Safe Neighborhoods Program, the centerpiece of the Department of Justice’s violent crime reduction efforts.

This case was investigated by the Port Arthur Police Department and the Bureau of Alcohol, Tobacco, Firearms and Explosives and prosecuted by Assistant U.S. Attorney Matthew Quinn.

PAPD Det. Mike Hebert said video taken from the victim’s home proved to be the motivating factor in the initial confession, adding Knatt knew he was caught after video of the violence was shared by Port Arthur Newsmedia, among other media entities.

“It was all about that video,” Hebert said during a new conference in March.

That shooting took place at approximately 4:30 a.m. when Jason Portie stepped out of his home in the 3800 block of Chevy Chase Lane and locked the door, his truck already running from remote start.

“He checked my pockets, took my phone, got my backpack that I bring to work,” Portie said in March after having been released from CHRISTUS Southeast Texas – St. Elizabeth in Beaumont.

“The lead detective on the case did want the family of the victim to know that as he gave his confession that he did ask for the family’s forgiveness and was very sorry for what he had done,” Hebert said. “We are also developing persons of interest for who else was involved. There was one other individual. Investigators are following leads on that.”

Hebert said it was very productive for police that the Portie family had their own video cameras at their house that caught the entire altercation.

“Most people have seen that video,” Hebert said. “It was certainly very traumatic for the family. It was a very violent incident. That was instrumental in getting some closure for this family.”

Hebert noted it is not common for Port Arthur Police to receive the kind of confession they got in this week’s case.