MARY MEAUX — We’d do well in a zombie apocalypse

We have a lot to worry about in this world right now.

There’s the current pandemic, which is nothing to laugh about. There’s climate change, the threat of hurricanes and the general worry of making it paycheck to paycheck.

I found another thing to worry about while sifting through the plethora of email I receive daily at work — the zombie apocalypse.

It seems if there would ever be a zombie apocalypse — you know, the undead shuffling around mindlessly while wearing clothes full of dirt and holes while looking for food in the form of live humans or animals — Texas would not be a good place to be.

A California-based company created a list of the best and worst cities for surviving a zombie apocalypse. Huntington Beach, California, made the top place to survive followed by cities in Washington, Colorado and, shall I say it? Florida.

But the poor folks in the Texas cities of Brownsville, Mesquite and Laredo are goners for having landed in the worst places list.

The criteria for avoiding the munching monsters is ranked by highest share of population in good health, highest share of available homes with basements or bunkers, most hunting-gear stores per 100,000 living residents, best trail access and more military bases.

But I think we’d do pretty good here in our area.

Ok, so we don’t have basements here in the south with being close to sea level and all but what we have are the waterways. And who needs trails when you have a population of people who, for generations, have lived off the land? We have fish and game here.

Hunting gear stores? We have those here and we have pawn shops as well.

And I’m sure with the amount of gyms in the area there are people in good physical condition. Put your team together. Get the people in good shape together with those who can fish and hunt and find a safe place to hole up for shelter and bam, we’re surviving.

Need tips to survive the zombie apocalypse? The Centers for Disease Control has a tongue-in-cheek blog, posted in 2011, with a brief history of zombies, a list of necessary items; think – a gallon of water per person per day, non-perishable food, tools, first aid supplies.

And don’t forget to pick a meeting place for your family and know your emergency contacts and plan an evacuation route.

I believe this CDC list came out in the early days of AMC’s The Walking Dead (yes, I’m still a big fan). Of all the movie and TV zombies — Zombieland, World War Z, Night of the Living Dead, Dawn of the Dead, 28 Days Later, Shaun of the Dead, the list goes on, though I prefer the slow zombies.

At least I can outrun them.

JODY HOLTON — How Long is Too Long in the Fridge? 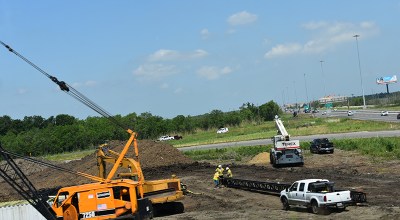