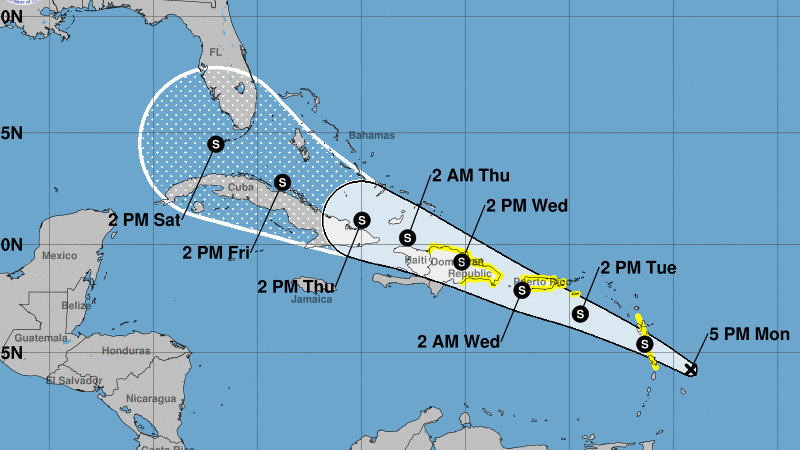 It is expected to become a tropical storm at any time, weather officials announced at 4 p.m. Monday.

The forecast track moves it over or near Haiti and Hispaniola, as well as Cuba.

Later this weekend it could be a threat to Florida, National Weather Service Warning Coordination Meteorologist Roger Erickson said, adding the storm could also threaten the eastern Gulf of Mexico.

“So far there are no indications that this system will be a threat to Texas or Louisiana,” Erickson said.