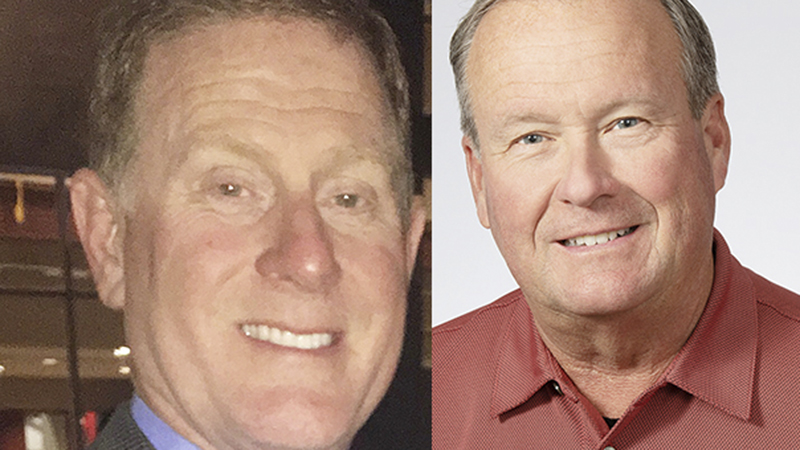 NEDERLAND — Candidates vying for city council in Nederland are hitting the home stretch.

Council members are elected at large even though they represent a particular Ward. All Nederland residents are welcome to participate in voting.

Smith said community members are concerned about roads and street work around the city, as well as the need for drainage improvement in several areas.

Residents have also asked Smith about more restrictions on rental properties and continued development of Nederland, specifically Boston Avenue, and the need to keep or promote local people supporting these businesses.

Sonnier said he is walking the entire city with door hangers in order to get a feel from citizens. He said he has met with every shop owner on Boston Avenue about what’s working well for the city and what’s not working.

There has been a request for more city and economic development corporation transparency.

“Drainage is an issue for everybody,” Sonnier said. “I would say it’s stepping above roads because we have had the unlucky fortune of all these floods the last couple of years. Nobody is hammering anything in particular, just concerns.

“Police and fire are pretty happy with everything. They are well supported and funded. Drainage is the big issue I am running into with everybody.”

Smith said his discussions with community members have been positive.

“Most people want to hear about me and my experience; I’m not a politician,” Smith said. “I was born and raised in Nederland, raised my four daughters in Nederland. I love this town and want to continue making Nederland a better place to live.”

Sonnier joked no one has slammed the door in his face.

“I ran into a couple of property owners along Boston about this road work and they were questioning when it was going to start, well nobody gave them a good answer, they said ‘we’re not sure,’” Sonnier recalled. “That was on a Wednesday, then the contractor came by on a Friday to say they are starting on Monday. You may not like the answer I am going to give you, but at least I am going to give you a direct answer.”

Each candidate acknowledged early voting has not been strong — there were 453 votes cast — meaning those who turn out Saturday will have major impact on the result. There are 11,940 registered voters in Nederland, according to city officials.

When all are in attendance, the voting members of the Nederland City Council include four ward representatives and the mayor.