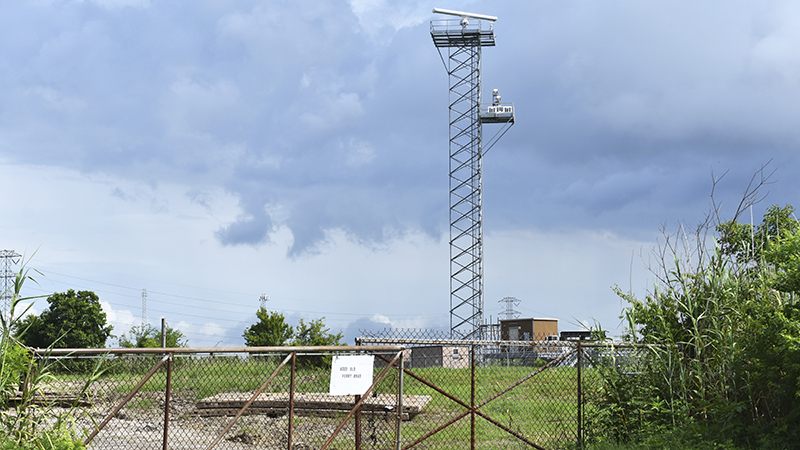 Spindletop Concrete Inc. will be located on land on Old Ferry Road near the Veteran’s Memorial Bridge. (Mary Meaux/The News)

The foundation for Spindletop Concrete Inc. — a project of NFL player and Port Arthur native Elandon Roberts and a group of business partners — will soon be poured on the land near Veterans Memorial Bridge.

There have been many rainy days this summer, enough to temporarily postpone a groundbreaking for the concrete business to be located on Old Ferry Road.

Roosevelt Petry, one of the business partners, said the weather led to the postponement of the groundbreaking and by that time Roberts had to return home. So now there will be a groundbreaking-ribbon cutting-grand opening when Roberts returns.

“We want Elandon to be here,” Petry said of the special moment in the coming months.

The business partners come from various specialties. There is former Sen. Carl Parker and his son Allen Parker, both attorneys; mechanical engineer Wayne Holman; and John Eric Petry, who is an electrical engineer who previously worked with Lockheed Martin and NASA. There is also Artrell McCullar, a businessman; Lawrence Richard is retired from Jefferson County having worked with roads and bridges and Roosevelt Petry, a local businessman. 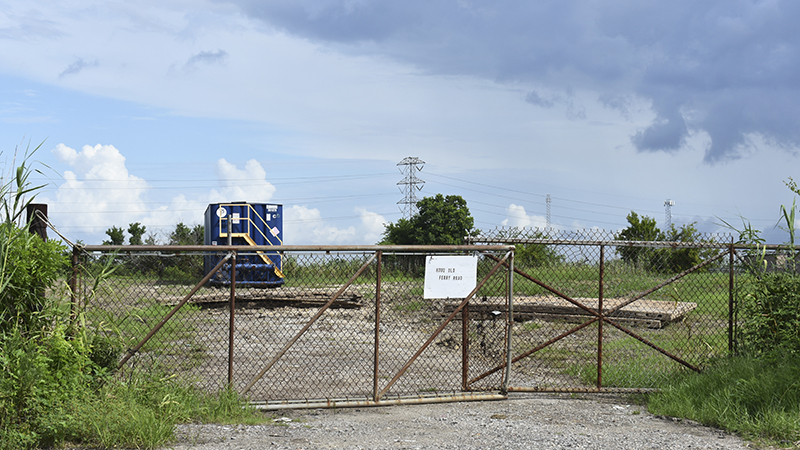 Another view of the land. (Mary Meaux/The News)

The land, the need for concrete

The property is located off the highway and there isn’t much to see currently, other than some wooden pallets.

This will change soon.

Petry said organizers have already had a pre-development meeting with the city of Port Arthur. He said the city has been supportive and gave kudos to Pamela Langford, director of development services, for being extremely helpful and patient with the group.

Parker said he decided he was retired from practicing law and investments until he met with the group of business partners who showed him the need for concrete.

“In Port Arthur it takes as much as a month to get an order of concrete, and with all of the development scheduled for Port Arthur, that (investment) amount is in the billions for the next few years,” Parker said.

“It seems like too good a deal to pass up, so we got the location, permits and ought to be in business in September. We already have people calling us asking for ready mix.”

The land will be divided into several plots with phase I being the concrete plant. Two more phases are in the works. Phase II will have a concrete smashing plant on the same property that officials hope to have up and running six to nine months later.

Phase III will be an asphalt plant, Petry said.

Early on there will be 35 employees and by the time the full plant is completed, there will be approximately 100 employees, including laborers, CDL drivers, equipment operators and batch plant operator.

Petry said they are looking to work with Texas Workforce and start the hiring process in six to eight weeks.