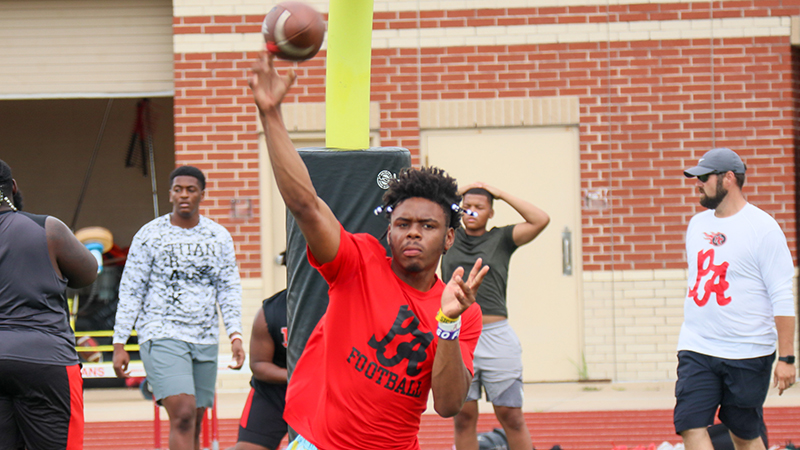 The newest edition of Dave Campbell’s Texas Football magazine predicted where the local schools would finish this upcoming fall.

The magazine predicts Memorial to continue its reign atop District 9-5A Division I and believes quarterback Jah’mar Sanders would retain his district MVP status.

The Titans secured their first undefeated regular season in school history last season but fell in the opening round of the playoffs.

The magazine has Friendswood and Goose Creek Memorial rounding out the top four spots in the district.

Nederland, which had the deepest playoff push of the area teams last season, is forecasted to finished second in District 12-5A-II behind Crosby. The Cougars made it all the way to the state championship game last year. 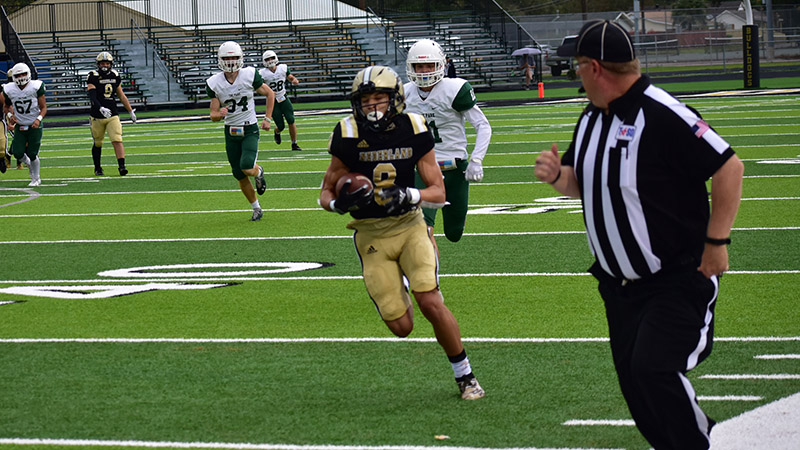 Nederland’s Kyndon Fuselier looks to make an impact on the Bulldogs’ roster in multiple positions in 2021. (I.C. Murrell/The News)

The magazine cited the mass exodus of graduated seniors as a cause for concern for the Bulldogs.

The 400-page publication believes Port Neches-Groves would finish fifth in the district, which would be the first time the Indians failed to make the playoffs in eight years.

The magazine has Barbers Hill and Texas City finishing over PNG. How the young skill position players for the Indians develop could be the determining factor in PNG making the playoffs for a ninth straight year.

Best in the State

Memorial was well represented in the Top-300 category. Running back Adrain Hayward was named to the Best of the Rest list for running backs.

Titans defensive end Christian Thomas was named to the Best of the Rest category for d-linemen.

The Memorial senior class wasn’t the only grade to get love from Dave Campbell’s magazine.

Junior tackle Cayden Bowie was named as one of the top 100 prospects for the Class of 2023.