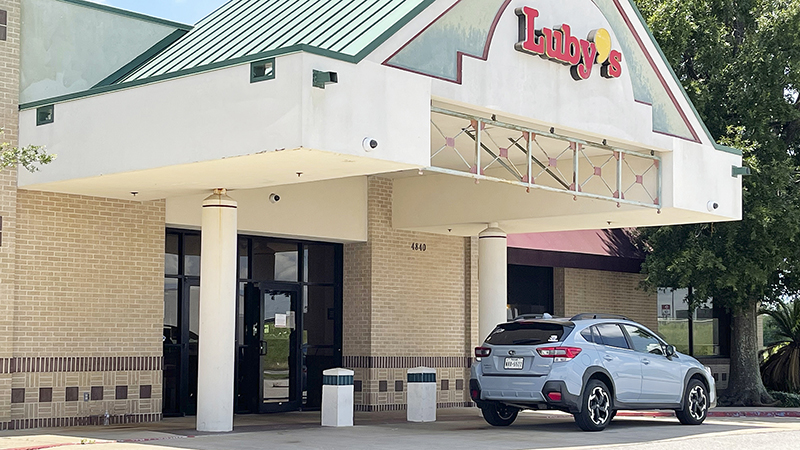 Mary Warhola was glad to learn Port Arthur’s only remaining Luby’s would remain open despite its recent sale.

The Port Arthur resident stops there often for lunch.

“It’s convenient for me because I have a wheelchair-bound mother and can grab a quick lunch while trying to work,” she said. “And the pricing is reasonable.”

But Luby’s has been more than just convenient for Warhola; it’s been family tradition.

“I moved to Port Arthur 35 years ago, but I ate at the Luby’s in Houston before that,” she said.

In late June it was announced that 32 Luby’s Cafeteria restaurants had been sold to Chicago-based entrepreneur Calvin Gin. Of the 32, the Port Arthur location on Texas 73 and the Beaumont location on Interstate 10 were included.

The approximate $28 million sale will affect more than 1,000 associates; however, Gin released a statement saying he intended to continue operating the restaurants as Luby’s Cafeteria and allow employees to retain their jobs.

“We are so pleased to be able to acquire the operation of these Luby’s Cafeteria stores, one of the iconic brands in the Texas restaurant market,” the statement reads. “This transaction will allow us to continue serving the many loyal Luby’s customers at these locations and to provide long-term employment opportunities to the many associates currently at these locations.”

“The employees are excited about being able to continue to work in the area and provide the community with good food,” he said.

Booker has been at the Texas 73 location for two years, and currently oversees 25-30 employees. However, they are hiring.

Customers, he said, haven’t been nervous about the sale.

“The customers are as excited as we are about continuing to dine with us,” Booker said.

Luby’s announced in late 2020 that shareholders had elected to liquidate and dissolve the Luby’s Cafeteria brand.

Luby’s opened in San Antonio in 1947, and soon after opened a Beaumont location as it began expansion efforts.

A Luby’s restaurant on FM 365 in front of Central Mall shuttered when the company first began closing restaurants. The current Port Arthur location did, too, but reopened in August 2020 after closing for four months.