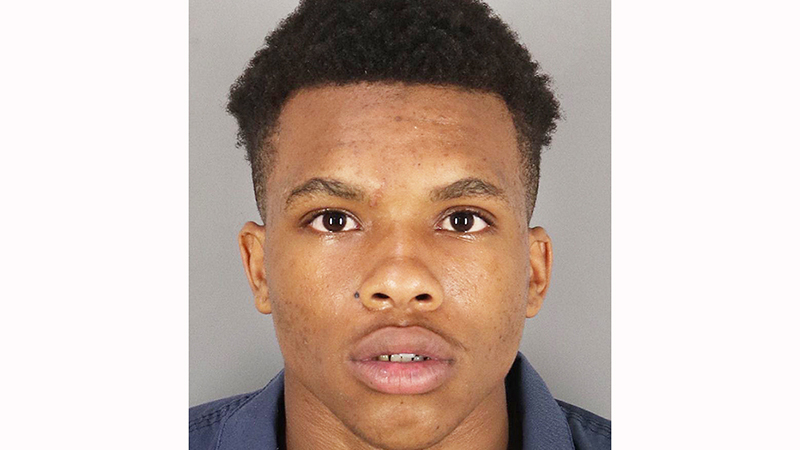 A crime spree including the theft of four vehicles and an armed robbery are linked, police believe, to a 17-year-old Port Arthur male.

The suspect, identified as Tawrence Jamol Wilson, was indicted last week by a Jefferson County grand jury for four counts of unauthorized use of a motor vehicle and one count of aggravated robbery.

The allegations begin when a man went into a store at 1403 Jefferson Drive and left his 2003 Toyota 4Runner unlocked with the key in it on Oct. 28.

According to a probable cause affidavit, the store video captured several people get out of a Saturn and into the Toyota, leaving the Saturn behind at the store.

Wilson was reportedly seen getting out of the driver’s seat of the Saturn, going into the store, then back out to pump gas before the 4Runner was stolen,

According to Port Arthur Police, the owner of the Saturn was staying with friends in the 1900 block of 11th Street and the vehicle was stolen some time during the night of Oct. 27.

One of the males held the clerk at gunpoint while the others took money from the register.

Security camera captured the crime showing the types of clothing worn by the robbers.

Police used the clothing information to connect Wilson as one of the three assailants, the affidavit read.

On Feb. 2, a Chrysler/Plymouth Prowler was stolen from the 2600 block of Thomas Boulevard. A short time later, officers saw the vehicle travel down a dead end road in the 2000 block of Fourth Avenue. Two people from the stolen vehicle fled on foot.

A short time later an officer found a male matching the description of one of the two who fled walking in the area of the theft.

The suspect, identified as Wilson, was detained and reportedly made a statement about the crime, saying he found a key to the vehicle.

Wilson, police said, also made a statement about finding a key to a Ford 4-door car taken from the El Vista area.

The vehicle, a blue Ford Fusion, was reported stolen on Jan. 8 from the 8200 block of Texas Avenue in Port Arthur. The vehicle was found abandoned at BJ’s Food Store at Seventh Street and Savannah Avenue.

He was still listed as an inmate in the county jail as of Thursday afternoon.