STEPHEN HEMELT — Our leaders must do better when providing public records

One sub-headline in the release, cleverly titled “His Name is Mudd (Bugs),” indicated a Jefferson County game warden followed up on information from a social media post where a subject was selling live crawfish.

When the warden contacted the seller, he claimed to own a catering company that sold live crawfish to restaurants and individuals. The sale of live crawfish for commercial and personal use require a Texas Wholesale Fish Dealer License. The man claimed he was properly licensed in Texas and Louisiana. After requesting an in-person meeting, the warden discovered the subject did not possess any type of commercial license and his vehicle was not properly marked to transport aquatic products.

A second sub-headline in the release, “Don’t be Shellfish,” indicated two Jefferson County game wardens patrolling the ship channel near Port Arthur saw a commercial truck about to be loaded with a pallet of shrimp from a wholesale shrimp processing facility. They inspected the vehicle and discovered it already had 15 crates of fresh blue crab on board.

The driver was acting very suspicious, according to the release, and claimed to have bought the crabs legally in Louisiana and transported them into Texas, which requires a Texas Wholesale Fish Dealer License. The driver could not produce a wholesale license or aquatic product transportation invoice. Texas game wardens seized the crabs and sold them to the highest bidder as required by law. The driver was issued citations and given warnings.

That was all that was provided; not names, locations or dates. I appreciate a funny headline as much as the next guy, but there’s no point when little effort is made to inform the public about the who, what, when and where.

I made a call to the listed release contact and left a message asking for the relevant information. A call was returned confirming what I was seeking and the promise for delivery.

I was eventually instructed that to receive such, I must file a public records request with Texas Parks and Wildlife.

That was done by email June 17, and 11 days later on June 28, Texas Parks and Wildlife provided the citation numbers, names and hometowns for the very people they alluded to in the original release.

One is from Beaumont and the other was listed with a Williamsville, N.Y., address.

Port Arthur Newsmedia has no interest in publicly shaming these people; this was more of an exercise to see the extent and delay government bodies use in releasing public record information.

It’s happening more and more, locally and regionally, and the general public is the only victim. More times than not, these agencies delay on purpose, hoping overworked or underfunded reporters or busy members of the public will simply pass on the aggravation and turn focus to the next important thing.

What we have in our country is not a crisis of fake news, but a lack of transparent public officials and elected leaders who too often use the growing political divide to make enemies out of middle-of-the road journalists on the front lines of local news coverage.

In Port Arthur and Mid County, we pledge to do more when it comes to timely reporting of public record facts. Whether its seeking the release of new department head hires and finalists or the details of contracts secured with taxpayer-funded agencies, you deserve to know more.

If there is something of public record you don’t think is being shared properly, give us a call and we’ll tell you what our leaders are saying “on the record.” 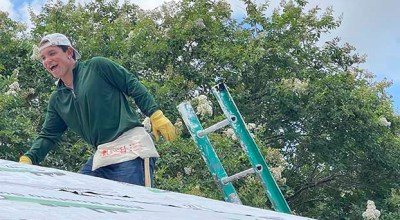