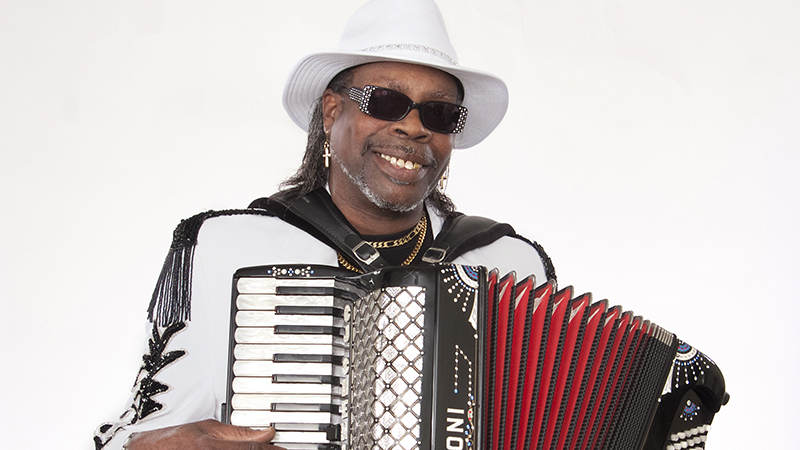 Musical talent isn’t in short supply in our area of Texas; that much is obvious.

Some of those talents will be hitting the stage on Saturday in Austin at Antone’s as part of the iconic club’s 46th anniversary celebration.

The upcoming show includes performances by C.J. Chenier & the Red Hot Louisiana Band with Jivin’ Gene and The Texas Horns.

What’s cool about this is that all three — Chenier, Gene (Bourgeois) and the late Clifford Antone — are Port Arthur natives.

As always, the Museum of the Gulf Coast has a plethora of info on these folks:

Jivin’ Gene Bourgeois was 15 when he taught himself to play the guitar. He and some friends got together and began playing music and at 17 Bourgeois was discovered by Huey Meaux, who became his manager.

“Gene recorded from the radio station KPAC for the Jin label. “’Going Out With the Tide’ and ‘Breaking Up is Hard to Do’ were hits,” according to the Museum’s website.

Bourgeois is considered a pioneer in the field of Swamp Pop.

He took some time off from music and worked on the Alaska Pipeline during the 1970s and later worked construction through Insulars Local 22. He got back into music and has been there ever since.

Chenier is the son of the late legendary King of Zydeco Clifton Chenier, who was the first Creole musician to win a Grammy Award.

It wasn’t until his 21st birthday, after winning a scholarship and studying music at Texas Southern University, that C.J. first performed with his famous father and the legendary Red Hot Louisiana band, according to the Museum’s website.

Paul Simon first heard Chenier in 1990 and featured him on the album The Rhythm of the Saints, and that year’s Born at The Right Time tour.

Chenier won the 1997 Living Blues’ Critics’ Poll Award and also an AFIM Indie Award for Best Zydeco Album, for his next release, The Big Squeeze.

Chenier has stated he does not imitate his father’s playing: “I play it the way I play it. All my father really told me was to do the best I could do with my own style.”

Clifford Antone was born to a large American family of Syrian and Lebanese descent. He developed an affection for the music he grew up with in Port Arthur and took in different genres.

He opened the first incarnation of Antone’s in an old department store on Austin’s East Sixth Street. It was a rough neighborhood back then. He filled his club with an eclectic collection of artists, like Clifton Chenier from his hometown, Lightnin’ Hopkins, and Albert Collins.

Antone became part of the growing blues scene where artists like the Fabulous Thunderbirds and Stevie Ray Vaughn went on to become big stars among others.

“He also inspired and encouraged young musicians all of his life. Gary Clark, Jr., who enjoys international success today, started there at age 15, with Clifford beaming from the wings,” according to information from the Museum. “Gary was one of the last of a long line of youngsters that he took under his wing.”

In 2015 the Antone’s brand was restored and a new team bought the venue back to downtown Austin, according to the club’s website.

Ticket information for Saturday’s show can be found at antonesnightclub.com.