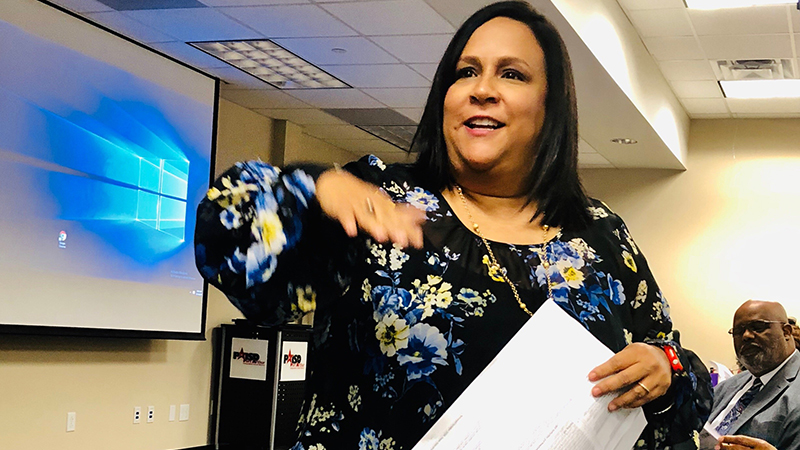 Tatiana Morales can relate to the English learners in Port Arthur Independent School District on many levels.

“We have about 15 percent of the student population who are English learners,” Morales said. “That was me, at one point in time almost 40 years ago.”

At the age of 9, Morales and her brother came to the United States, fleeing from the Communist Sandinista Government in Nicaragua.

“I was a non-English speaker when I came here. I started here in PAISD as an English learner, went through Port Arthur schools, went to Lamar,” Morales said.

Morales was driving along Interstate 10 one day when she saw a billboard featuring a child asking “do you want to be my teacher?” 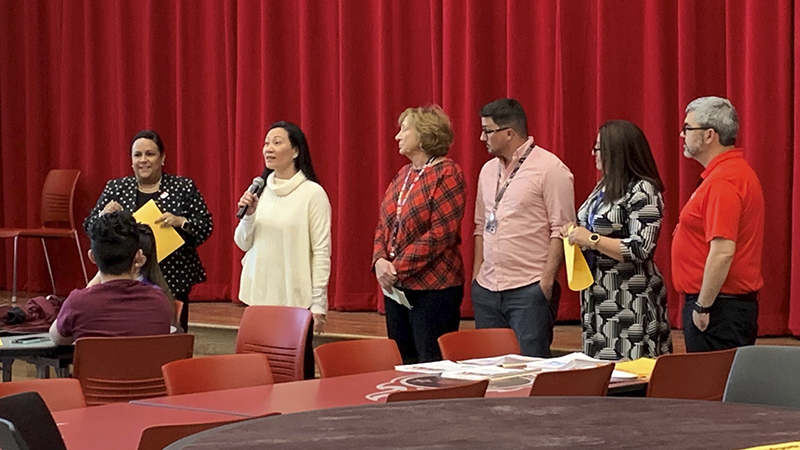 That’s when it dawned on her that, yes, she wanted to be a teacher.

“That sign stuck with me,” Morales said. “I needed to make a difference in people’s lives.”

Today, Morales is preparing to enter her 24th year as an educator in the Port Arthur Independent School District. She started out as a bilingual teacher and moved her way up to curriculum supervisor then multilingual/migrant director.

Morales has done her work, to speak, in her field. So much so that she is has been cited in Latinas Leading Schools, for “Latinas Overcoming Challenges to Become School Leaders.”

There are approximately 2,143 student English learners in the district while approximately 3 percent of the student population is in the migrant program.

The migrant program is not necessarily for immigrants. It’s for anyone whose family moves state to state seeking work. In this area that could mean students of families who work at a local olive packing company or in the shrimping industry.

The district provides services for this lifestyle as the family moves from place to place seeking employment. 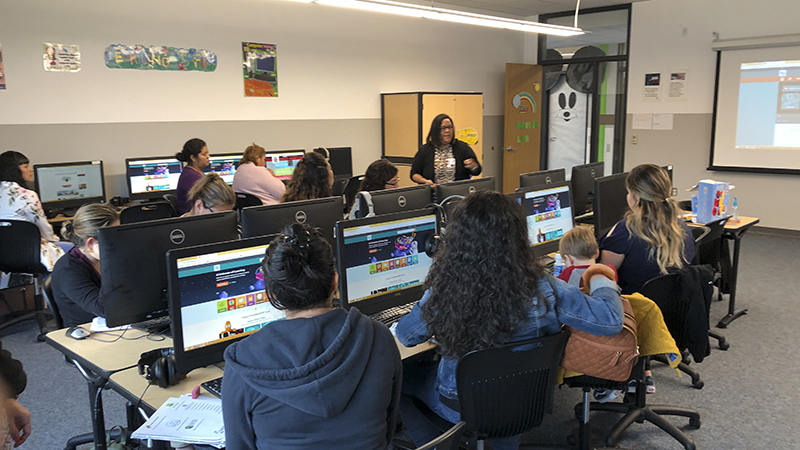 “We make sure they have the educational support and services they need to be successful,” she said. “Anybody can be a migrant worker, even the person who is a native to here.”

Morales said that when English learners arrive they are tested for placement. State and federal agencies say they must be proficient in English in three to four years and exit the ESL program.

Everyone’s situation is different, Morales acknowledged. Though her and her brother did not know English when they came to the country, they did have a good educational background in their country and were able to exit the English as a Second Language program and enter regular curriculum.

But many of the students coming to the district are in different circumstances. They don’t have a strong educational background in their native country and have a hard time learning English and the course studies.

The district also works to reach out to parents and families of the students. For example, the district will host an informational Zoom meeting about the COVID-19 vaccine at 11 a.m. July 1. The meeting will be conducted in Spanish and the guest speaker is a doctor. To register, go to bit.ly/2TI6Csm.

The district also provides classes to help parents learn English and how to use a computer.

“We show them how things work in Texas, that you need to know about credit, how to graduate, information you need for the STAAR test,” she said referring to standardized tests.

The site of the former Stephen F. Austin school is earmarked for the district’s Newcomer Center. Once built it will house sixth through 12 grade students who are English learners and help them acclimate.

For example, there may be a 16-year-old coming to the district with a sixth grade education.

“You can’t place a 16-year-old in sixth grade,” she said, adding the center will help prepare the students for general education and help develop the skills needed to survive and adapt to the culture.

“Her commitment to ensuring equitable services and education to the English language learners that come to our district is unmatched,” Cathey said. “Dr. Morales is an asset to our district and to this community and it is an honor and a blessing to have worked alongside her.”

When looking back at her life — from immigrant and English learner to educator or department head she summed it up in a few words.

“It was meant to be,” Morales said.