Last standing Port Arthur Luby’s has been sold; see what staff have been promised 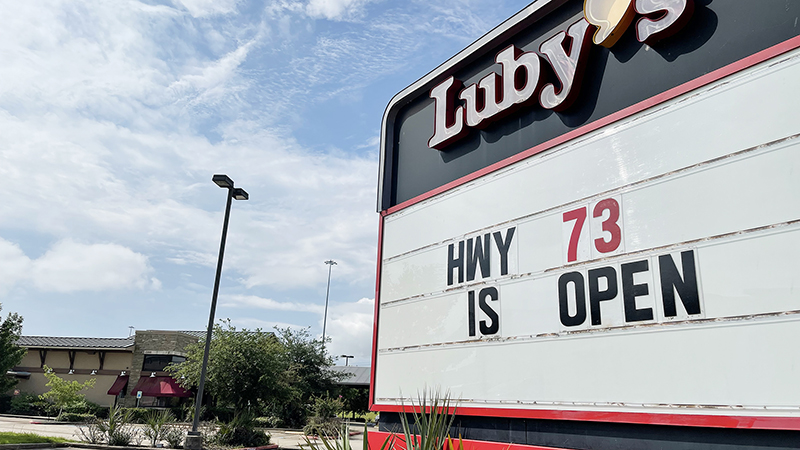 The Luby’s on FM 365 directs customers to the store on Highway 73, which has been sold. (Monique Batson/The News)

The last two Luby’s restaurants in Southeast Texas, including the one in Port Arthur, were sold this week after shareholders opted last year to liquidate the company.

Luby’s announced plans last year to sell all of its properties by August 2021, with the location at FM 365 already shuttered.

Read more here: Many in the community were excited to see Luby’s reopen in 2020.

The recent deal is worth approximately $27.8 million and will impact 1,000 employees.

According to national reports, Gin will offer all employees the option to retain their jobs.

Luby’s opened in San Antonio in 1947. Beaumont acquired a restaurant soon after as the company began to expand.

The Beaumont restaurant, located off Interstate 10, was also listed this week as part of the sale.

It was announced in May that the now-closed Luby’s on FM 365 in Port Arthur would become Rock’n Crab Seafood Boil House.

Police search for shooter in Port Arthur assault that…